Whirlpool produces excellent ovens famous for their advanced cooking technology, sleek design, and user-friendly features. They’re generally reliable whether you’re cooking a pot roast or baking some bread. However, you can occasionally run into issues with them.

You can fix a Whirlpool oven by checking the temperature calibration, if the broil element is heating, if the bake element is working, if the igniter is faulty, and if the thermal fuse is faulty.

In this guide, we’ll go through every reason why your Whirlpool oven isn’t heating up, and what you can do to fix it. So, let’s get started. 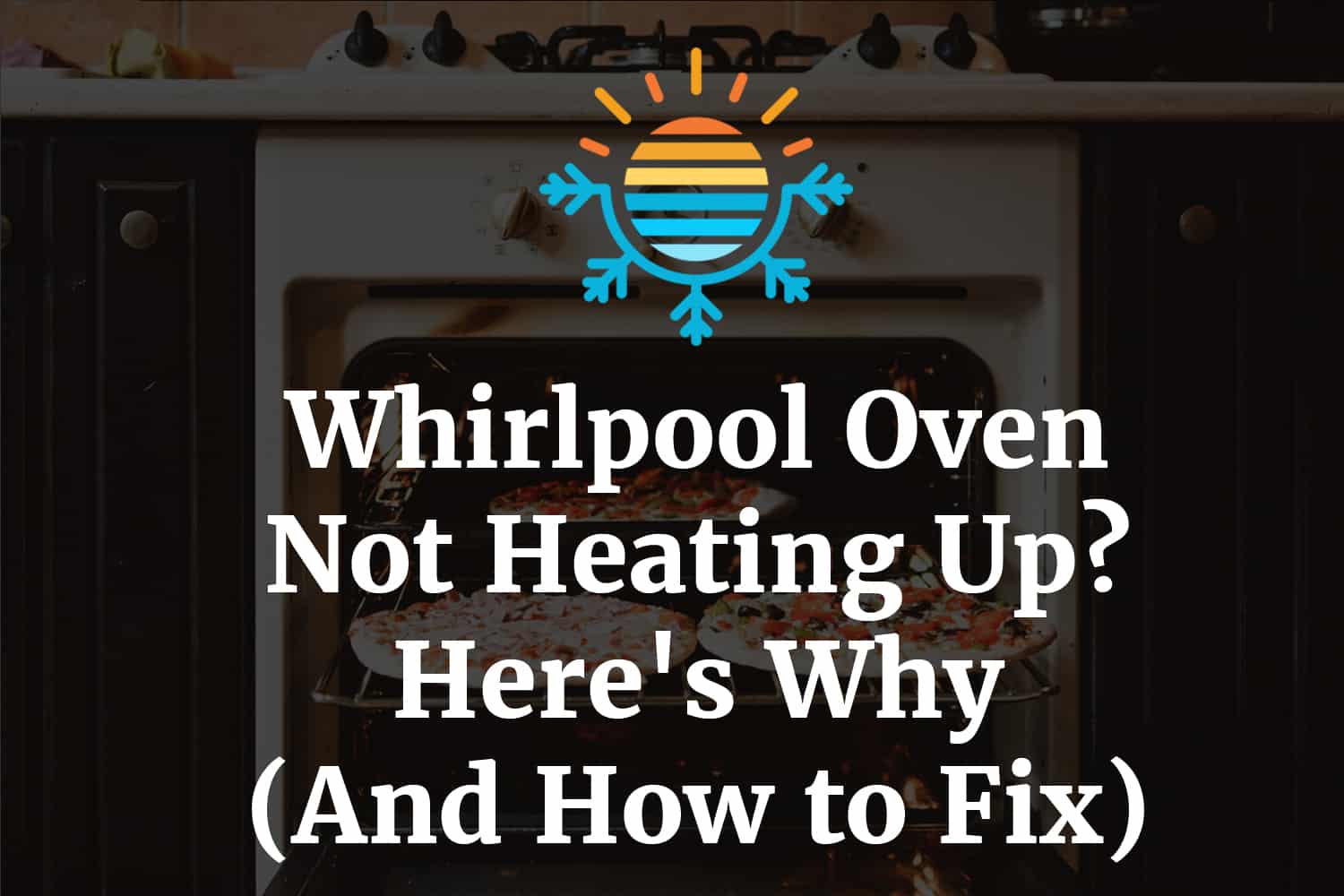 Check if the Igniter Is Faulty

The igniter controls the oven safety valve and ignites gas in the oven burners to start the flames in a Whirlpool gas oven. If the igniter is faulty, the safety valve doesn’t open, and your oven won’t heat up.

This video shows you how to replace an igniter in a Whirlpool gas oven:

Check if the Bake Element Is Faulty

The bake element creates the heat needed in an electric Whirlpool oven to bake food. Current runs through the bake element and generates heat from the bottom of the oven.

When the bake element is faulty, the oven won’t be able to get up to sufficient heat.

We recommend using the AstroAI Digital Multimeter to test for continuity. If your bake element is burned or has no continuity, you will need to replace it.

We like this simple video that shows how to replace a baking element in a Whirlpool range oven:

Check if the Broil Element Is Faulty

The broil element works similarly to the bake element, but it sits at the top of the oven.

If the broil element is faulty or burned out, your Whirlpool oven won’t heat up properly.

If your broil element lacks continuity or is burned out, you must replace it.

This simple video walks you through how to replace a faulty broil element:

Check if the Thermal Fuse Has Blown

The thermal fuse stops the oven from overheating by tripping its fuse.

If the thermal fuse is faulty, the safety system of the oven will completely stop it from heating.

This video shows you how to replace a blown thermal fuse:

Check if the Temperature Is Calibrated Correctly

It’s possible that your Whirlpool is heating up, but it is displaying the wrong temperature.

If your oven is calibrated incorrectly, you will need to recalibrate it manually.

If the biscuits are perfectly cooked, then the oven is calibrated correctly. If not, you will need to recalibrate the oven.

You should consult the owner’s manual of your particular Whirlpool oven model, but this is a general guide for how to recalibrate.

The following video shows you how to recalibrate the oven:

In this guide, we’ve covered all the reasons why your Whirlpool oven might not be heating up. We also covered how to test the specific problems and how to solve them.

Above all, it is essential that you disconnect the electricity before running any tests or replacing any parts, for maximum safety.

Vincent is a freelance writer based in Santa Ana, California. When he isn't writing articles for Temperature Master, he can be found biking or hanging out with his cat, Shelly.