A high-end compact fan should leave you feeling refreshed and cooled down without taking up too much space. Vornado knows a thing or two about keeping you cool, so it’s no surprise that they made another top-of-the-line fan for such a good price.

The Vornado 460 is a terrific fan. It comes with a simple 3-speed dial, multi-directional airflow, and a small 9.7-inch base. You can set it wherever you want while covering 70 feet of space in a bedroom, living room, or office. At only 4.25 pounds, you can bring fan with you wherever you go.

Throughout this article, you’re going to learn why Vornado is confident enough to give you a 5-year warranty. From the durability to the perfect cooling blades, we’re going to dive right into all of the advantages (and even a few downsides) of this fantastic fan. Let’s get into it. 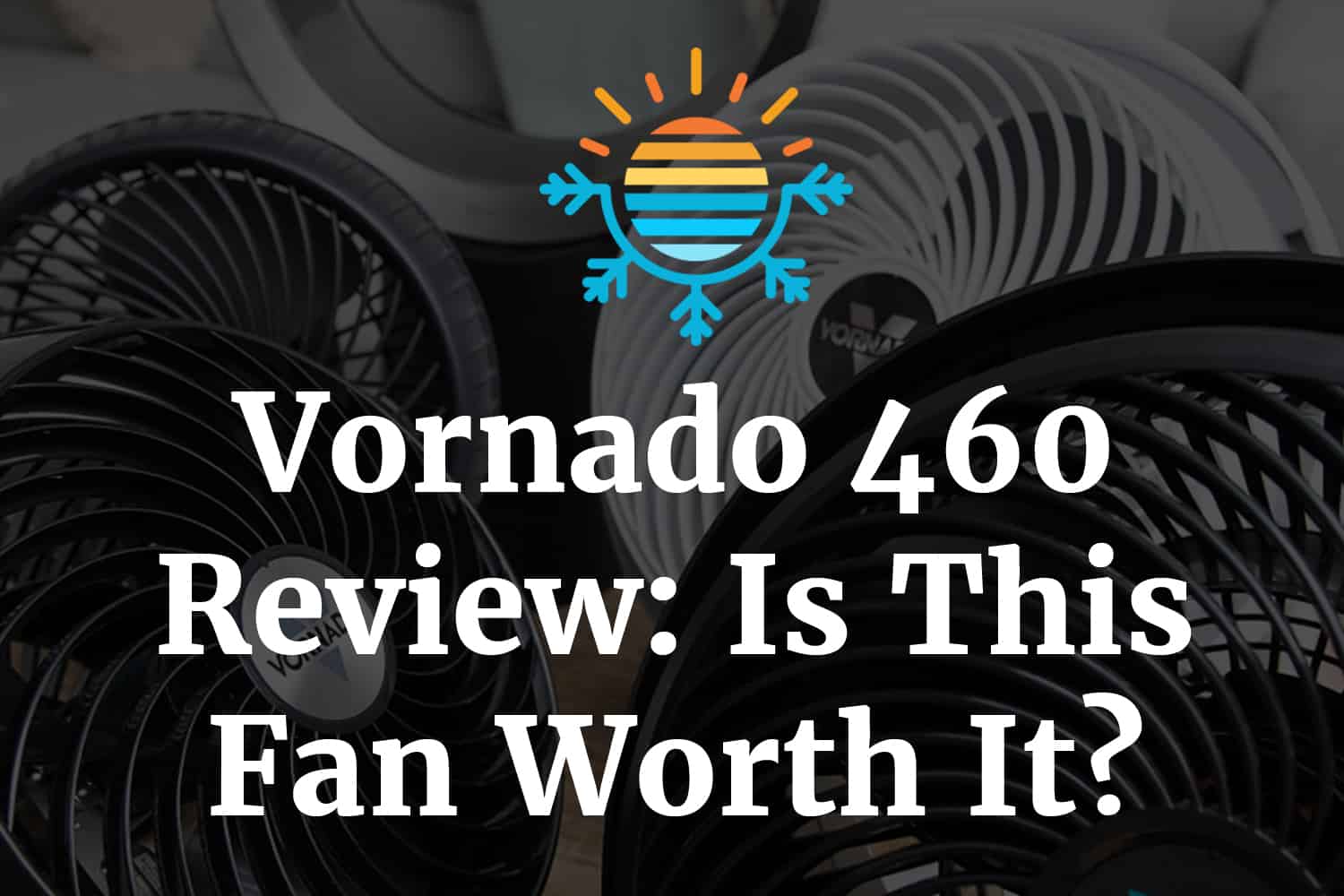 Should you get this?

Before getting the first fan that you can get your hands on, we should think about whether you would benefit from it. If it’s too warm in your home, you won’t see any good results.

Anything warmer than your internal body temperature won’t allow you to cool down. In addition to that, large rooms can be a bit too much for a floor fan to control, so you might need to get a ceiling fan installed. Central air conditioning is another option, but it’s much more expensive than a fan. 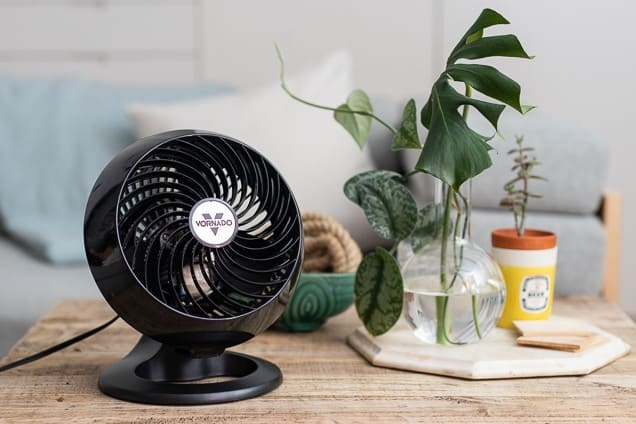 When it comes to the Vornado 460 in particular, it’s important to remember that it’s small. You won’t be cooling down a whole house with it. However, it’s worth trying out if you’re trying to ventilate an office cubicle, bedroom, or bathroom.

You should also think about the fact that it’s not covered in new-age technology. If you’re tired of dealing with smartphones and digital screens, then the fan’s adjustable knob will be a welcoming surprise. With only three settings, it doesn’t get any simpler.

It’s As Quiet of a Fan As You’ll Find

According to Noise Help, 39 dB is about as quiet as a whisper or a babbling brook. Because it’s lower than an average computer, it’s safe to say that noise won’t be an issue with this compact fan.

Furthermore, the 460 only gets up to 52 dB on the highest setting. When you want the maximum output on this model, it’s as quiet as light traffic from a far distance. The same sight ranks it far below a conversation, showers, and other semi-quiet activities.

This Fan Is Compact and Lightweight

Compared to most other floor fans, the Vornado 460 is about half of the weight. It’s only 4.25 pounds (2 kg), but the small dimensions make it even more portable.

This fan comes in at 9.7 x 11.25 x 8.9 inches. Other fans that put out the same 70-foot radius of airflow coverage typically exceed 12 inches, so it’s far ahead of the competition.

For those who want a fan that they can use on the go, this is as good as it gets. You can bring it to work, the gym, home, and even use a DC converter to run it while you’re driving your car. Thanks to the aforementioned 63-watt output, you won’t drain the battery at all.

Where most fans use a single blade or two, the Vornado 460 has four different components to make it more effective.

The front of this fan has the AirTensity Spiral Grill that swirls the airflow out in all directions. It allows the air to cool down while spinning it for even more speed.

The next layer is an enclosed air duct that prevents the air from blowing all over the place. The shape focuses the ventilation in one direction, ensuring a concentrated, powerful cooling process. 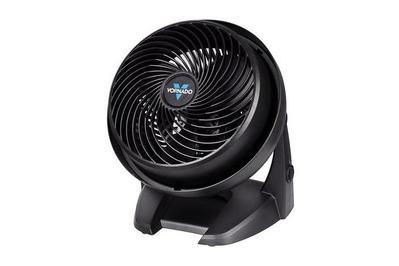 The blades are curved inward while maintaining a spoon-like shape. This design scoops the air and moves it quickly without costing any more energy. In fact, it improves the fan’s efficiency, reducing the total wattage consumption.

Finally, there’s an inlet air accelerator. This part might seem less useful than the others, but it provides a decent speed boost to the airflow. Rather than simply moving air in a direction, it pushes it forward to cool it down quicker.

Flaws but not dealbreakers.

It’s Not Loaded With Features

As you’ve probably read throughout this review, the 460 is very simple. It only has three speed settings, a single adjustable bar that only moves vertically, and it doesn’t spin on an axis. However, simplicity is often the reason that some customers choose to purchase this fan.

This Fan Is Smaller Than Others

You shouldn’t expect to cover the same square footage as you could with a big floor fan. Although it covers 70 feet in total, the direct airflow only blows in a 12-inch cone in one direction. It bounces off the walls to cool down the room if the doors and windows are closed, though.

Does It Have an Oil Port on the Motor?

Since there’s no need for oil on the motor, it doesn’t have a port for it. Instead, it’s pre-lubricated and oilless for the remainder of its lifespan.

Does This Fan Automatically Rotate Back and Forth?

This isn’t an oscillating fan, which means it doesn’t go from side to side automatically. Instead, you can manually rotate it to face up or down.

Can You Point This Fan at the Ceiling?

Yes! You can point the Vornado 460 directly at the ceiling, but it doesn’t roll beyond that point. It sits on a chrome arm that can be adjusted.

If you’ve been looking for a fan to keep you cool while working or spending time in a small room, then the Vornado 460 is an excellent choice. It’s not the best for large rooms, but it’ll get the job done much better than your typical desktop fan.

The compact size and reduced weight make this fan much more appealing to people who are used to those bulky fans that take up too much space. You’ll get near the same amount of output without using too many watts, which is always a huge advantage. For such an affordable price, you can’t go wrong with the Vornado 460.