As the world moves towards a greener future, solar panels are becoming an increasingly common choice to power home and office appliances. Solar panels offer a cheap alternative to traditional forms of electricity generation. Moreover, they are more eco-friendly and among the most popular methods of harnessing renewable energy.

A solar panel can run a heater. Depending on the wattage of your heater, you will need to gather the right number of solar panels, batteries, and inverter to run it successfully.

Solar panels have become a popular option for homeowners, following the rise in popularity throughout the early 2000s and 2010s. These days, solar panels are incredibly affordable, and the right setup can even save you money in the long run. 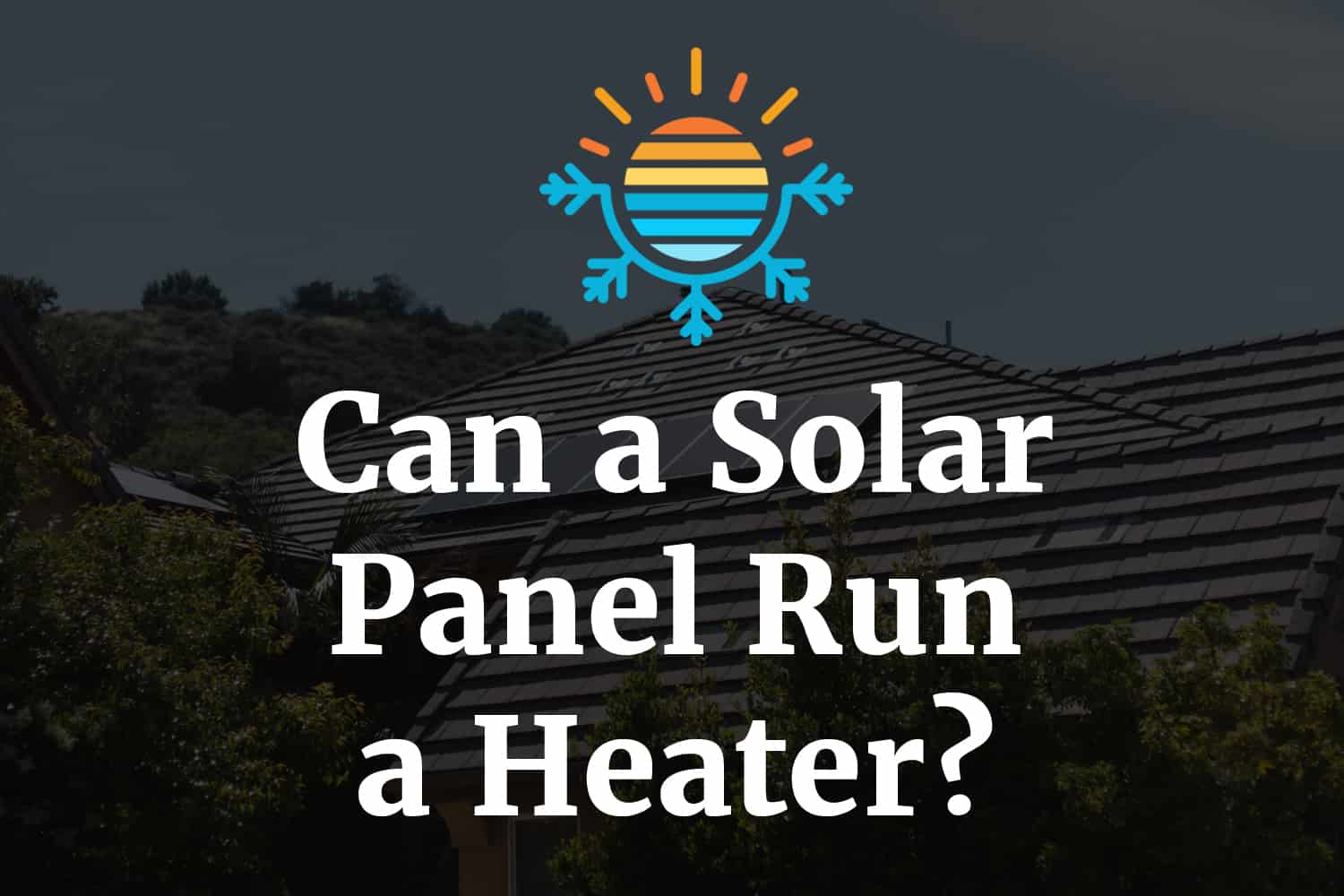 How do solar panels work?

In simple terms, solar panels turn sunlight – a form of renewable energy – into electricity that can then be used to power your appliances. A typical panel consists of individual solar cells, which are made of layers of silicon, phosphorus, and boron. The phosphorus provides a negative charge, and the boron provides a positive charge.

These components allow solar panels to create a Photovoltaic Effect – a scientific method in which photos from sunlight are used to generate electricity. Solar panels are connected to your home in two methods – grid-connected solar panels and off-grid solar systems.

A solar panel system generates enough electricity to power your needs during the day and produces enough excess power, which is used at night. An on-grid system is connected to the main utility grid, and there are net metering programs that pay solar panel owners for generating more electricity than needed in their homes.

An off-grid solar panel system is a bit more complicated when it comes to setup. In this scenario, a battery bank, charge controller, and an inverter are needed. A well-setup off-grid system can bear the heaviest loads and can be used to power your heater and maybe even your entire home.

Avoiding all the technical jargon, the number of watts a heater needs is usually mentioned on the packaging or in the specs, if you’re buying online. So a 1500-watt heater needs 1500 watts of power.

This is actually the wattage required for most basic heaters, which are enough to heat up a small room. Taking losses into account, your solar panels need to generate around 1600-1800 watts to get your heater running. Probably more to keep it on for a long time. 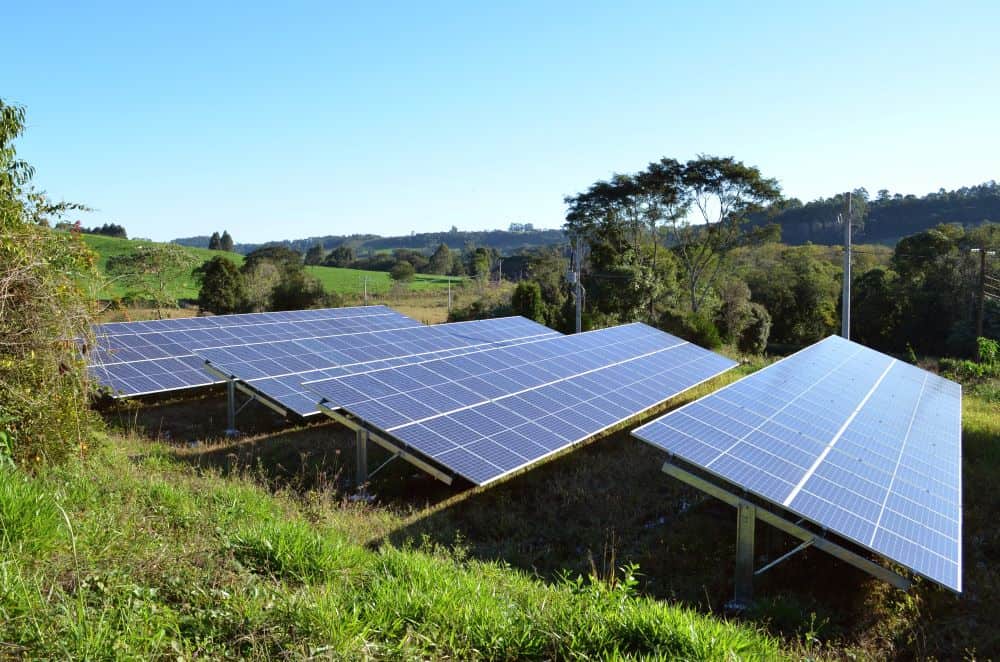 If you prefer to power your heater on your own, without having an on-grid system installed by a company, then there are several factors to consider. Without sugarcoating it, the amount of equipment needed could become quite costly, depending on the power you wish to generate.

An off-grid system generates direct current (DC) electricity using solar panels, which is then converted to alternating power (AC) power using an inverter. This can be used to power household appliances. Excess power produced during the day is stored in a battery for later use, typically at night.

Some critical components of an off-grid system are: 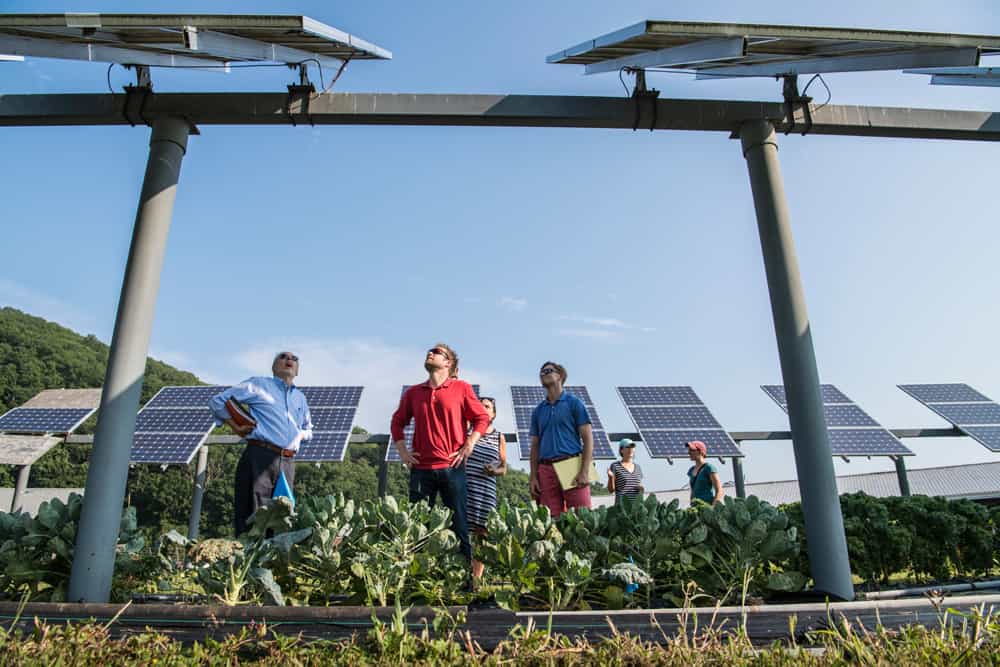 An off-grid solar panel system requires significant investment in the beginning as well as time for installation. These costs might not be worth it to power a single heater. An off-grid solar power system is better utilized to power your entire home, given you have the finances to buy the necessary equipment.

Generating a large amount of electricity using an on-grid solar panel system is quite simple. You contact your local solar company, choose between a variety of options, get a quote, and then have them install it.

Heating a small space or room works in similar ways, where you can pick between passive heaters that rely on sunlight or pump-based systems. Pool heaters run the water through heated panels and return warm water into the pool.

You can buy a solar heating system that is made for a specific purpose or buy one to power your entire house. The system you choose largely depends on your budget, your location, and the solar power companies in your area.

Taking all factors into consideration, most people would be better off investing in an on-grid system. The entire process is more straightforward, and the costs might even be lower.

Another significant advantage is that the main utility grid still assists on-grid systems, so you have a backup on cloudy days. However, if you have the time, money, and know-how, then an off-grid solar panel system could work out for you.

An on-grid system might be best for those living in urban areas, but an off-grid is better for people in remote locations. Off-grid systems are also used in areas where the power is cut often. 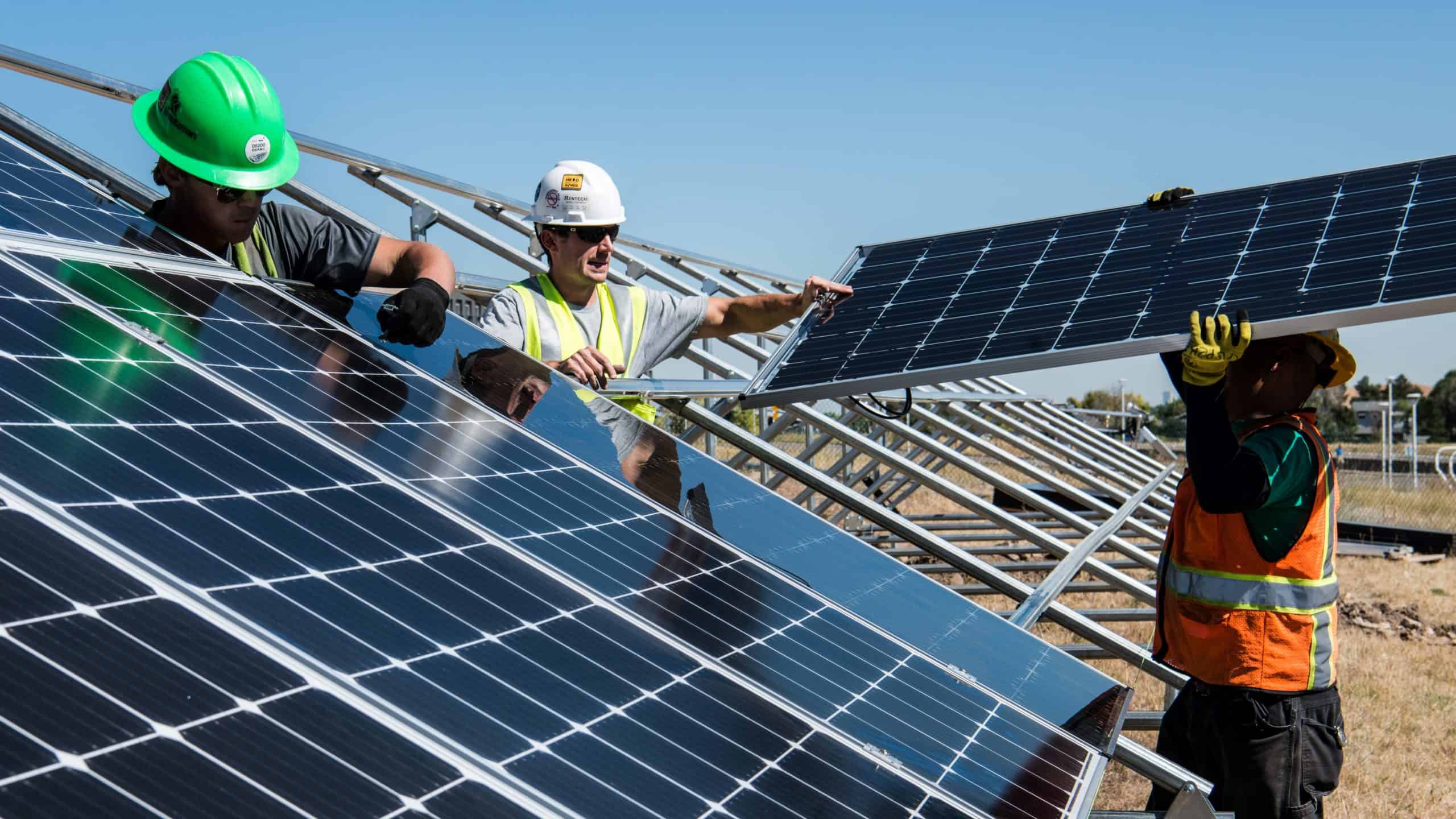 A heater is a necessary part of most homes – be it a water heater or a space heater. These appliances often consume a heavy load of electricity. More electricity consumption leads to more bills.

A solar panel is a great way to reduce these costs substantially. With the right solar power system setup, you can power not just a heater but your entire home – taking you one step closer to a more sustainable lifestyle. All this while helping you save money. With enough research and resources, you can have a solar power system that lets you earn back your initial investment.