Are you someone who can only sleep with a breeze blowing on you? Or do you need the humming white noise of a fan to relax at night? You’re not alone, but you might be concerned with how big of a bill is your ceiling fan racking up.
It is not expensive to run a fan all night. As of June 2020, the average cost of electricity per kilowatt-hour (kWh) is $0.13 for residential use in the United States. Since a standard ceiling fan is around 70 watts, it would cost you only $0.22 to run it for 24 hours, or $6.55 per month.
Several different factors might affect the cost of electricity that your fan uses like energy efficiency and fan style, but how much of a difference do these variables make? Let’s look at the numbers to see what your fan is charging you and if there’s a better option for your lifestyle. 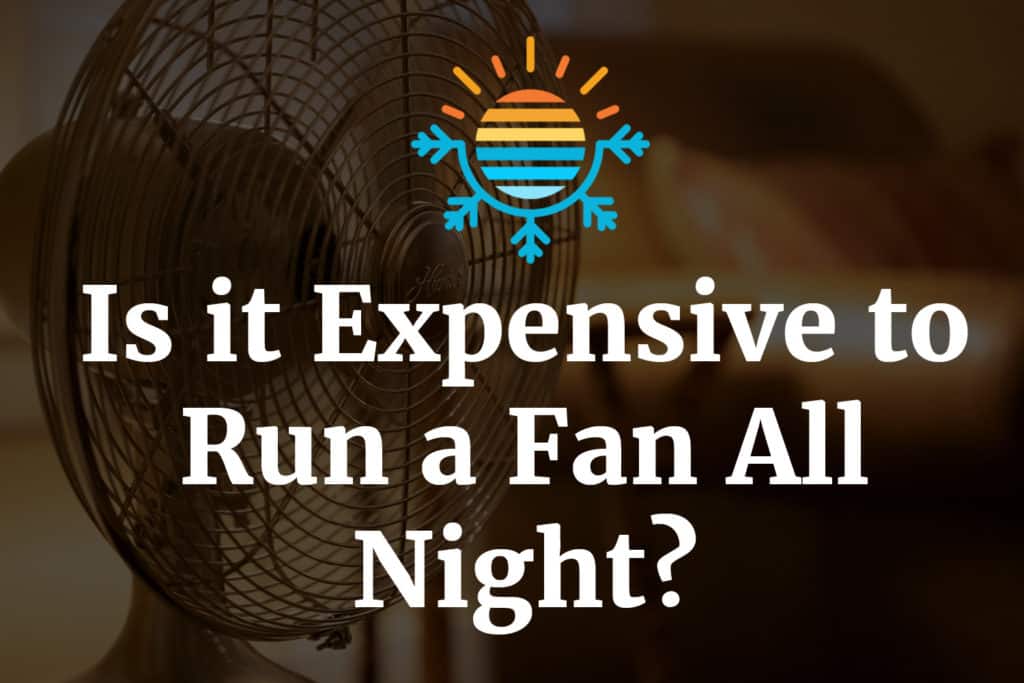 Breaking Down the Cost

The exact amount of money it will cost you to run your fan will depend on where you live, your fan’s power consumption, and the length of time you run it.

Here’s a closer look at how those factors can alter your price.

According to the U.S. Energy Information Administration (EIA), the average price of electricity for residential use is $0.13 USD per kWh as of 2019.

This rate fluctuates depending on the sector. Commercial rates are $0.11, industrial is $0.07, and transportation is $0.10.

Where you live also plays a significant role in determining the rate you pay for electricity.

For example, Louisiana residents will

save the most on their electrical bills with a state average of $0.07 per kilowatt-hour, whereas it will cost Hawaii citizens four times as much with a standard rate of $0.29 per kilowatt-hour.
If you’re running a fan on this tropical island state (or any location with higher energy costs), you might want to be mindful of how long you leave it on for. 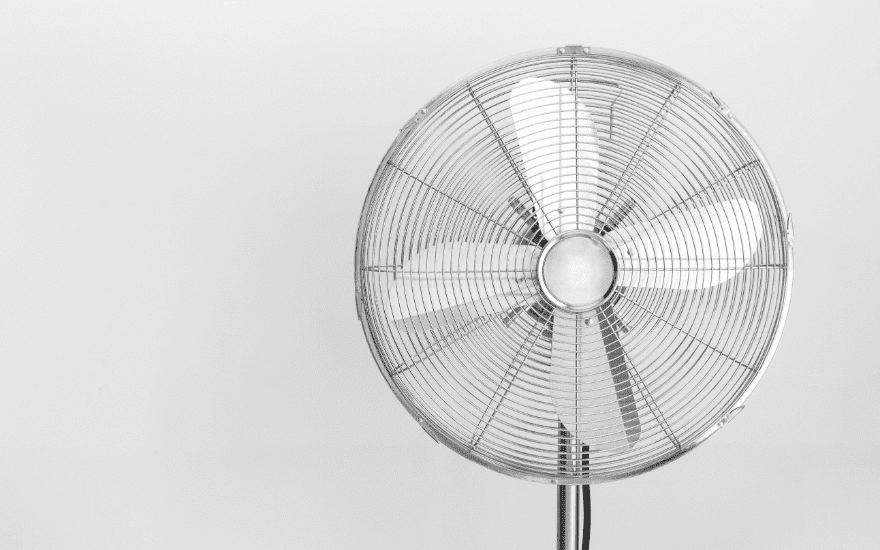 Ceiling fans can range anywhere between 20 watts all the way up to 110 watts. The higher the watts, the more electricity it will be using, and the more expensive your bill will be.

The most common wattage of fans on the market is between 65-80 watts. However, more energy-efficient models will fall on the lower end of the spectrum, and higher-powered ones will land near the top.
It should be easy to find the wattage of any appliance directly on the nameplate. If you can’t find it, look up the manufacturer and model on Google.

It’s no surprise that the length of time your fan runs also affects cost.

While I’ve told you it is not as expensive as you may have guessed to run your fan overnight, leaving it on all day will multiply your bill three times than only turning it on for approximately eight hours while you sleep.

If you switch it to the off position during the day, you’ll save a considerable amount of money in the long term.

You can find out the exact amount of money you spend on electricity by doing some simple math.
Figure out your rate per kWh in cents, then find the wattage of your fan. Convert the wattage to kilowatts by dividing this number by 1000. Multiply these two numbers together, then multiply again by the number of hours you run the fan for.

If math isn’t your strong suit, you can also plug some numbers into an energy use calculator like this one from the U.S. Department of Energy to quickly find out your annual cost.

Ceiling Fan vs. Standing Fan: Is There a Difference?

Standing or oscillating, fans use a similar amount of electricity as ceiling fans.

Their typical energy consumption is between 50-60 watts, so they are slightly more energy efficient on average than their counterparts.

However, since the range of energy consumption for ceiling fans is so wide, the difference is not overly significant.

Not only does energy efficiency cut down on money, but it also helps the planet.

Here are some great options to cut down on your energy consumption:

This ceiling fan’s model uses a mere 6 watts of energy, but doesn’t compromise providing strong power from its three-speed motor to keep you cool.

The rustic design options make it the perfect earthy addition to any room. Best of all, it only takes an hour to install.

This is a great fan if you want quiet operation and powerful air flow.

Complete with a natural wind setting that mimics irregular airflow patterns outdoors and clocks in at a minuscule 48-decibel level, this standing oscillating fan has a 12-hour timer and an eco-friendly setting.

Are you using your fan to help you sleep better, and not for temperature regulation? This one specializes in both.

The Dreamweaver emits pink noise that they claim to be even more soothing than white noise and can be used with or without airflow.

It also has an auto-shut-off feature in intervals of 1, 2, 4, or 8 hours, so your fan can put you to sleep without running all night long.

A solar-powered fan is the ultimate energy saver: all you need is the sun!

This small, portable fan is ideal for camping, traveling, and outdoor use, but as long as its power bank is charged up, it can be used whenever and wherever you’d like it.

While it is quite budget-friendly to sleep with a fan on, is it safe? There are some potential hazards to consider before plugging it in at night.

Breathing in dry air from a fan overnight has the potential to cause some minor health risks. This may trigger allergies, coughing, and sinus headaches.

However, these can be minimized with help from a humidifier (I recommend the SmartDevil Humidifier). It adds moisture back into the air and makes for a healthier, more comfortable sleep.

As with many electronic appliances, fans pose a risk of fire, so sleeping with them may be especially dangerous. Flames can be caused by an overheated motor, a faulty cord, or the electrical system shorting out, among others.

If you are still unsure if you’d like to run a fan overnight, there are additional options you may prefer.

It is generally quite inexpensive to run a fan all night, but the cost will vary depending on where you live, the type of fan you have, and the length of time you leave it turned on for.

Several energy-efficient fans on the market will shrink your electric bill as well as some cheap and easy alternatives if you’d like to save some cash and avoid potential safety risks.