Electric showers are arguably one of the best comfort-giving equipment that your houses can have. They give us the essential warm shower that cools us off after a hard day’s work. However, just like any other machine, Electric showers are bound to malfunction and lose their heat water capacity.

There are a few reasons why your Electric shower is not getting hot. First, it can be due to a lack of power supply caused by damaged fuses or switches. Second, it could be that the heating element might have malfunctioned. And finally, it could be caused by a build-up of solid minerals.

In this article, not only will you learn about the causes of your Electric shower suddenly losing its capacity to heat water, but we will also provide you with simple but very effective do-it-your own fixes. 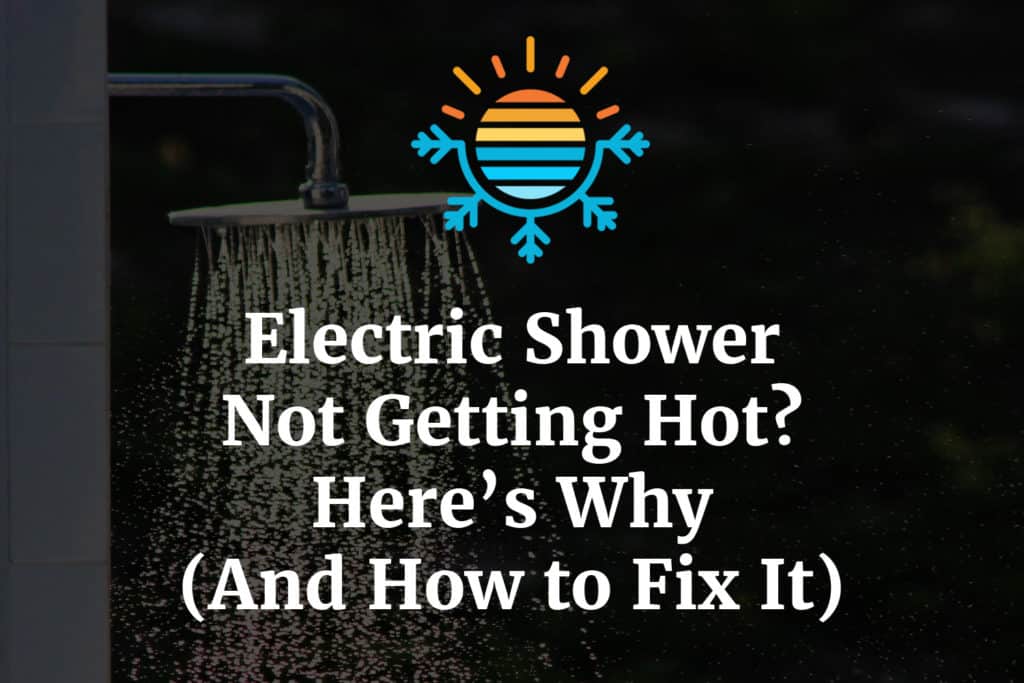 How Does Electric Showers Work?

Electric showers work the same way as electric toasters do – heat is produced by allowing electricity flow on a heating element. The heating element will be responsible for converting cold or tap water into hot water, which will be stored in a mini tank to ensure a constant supply of hot water.

And once your temperature is achieved, the water will naturally flow from the shower heads and unto your body.

In addition, Electric showers can also fail to dissipate hot water due to the iron and limescale build-up in the filters, showerheads, and shower tubes caused by the solid minerals present in hard or tap water.

To help you better understand and solve the problem, we have listed the causes and how to fix them below.

Check if the Heating Element Is Functioning Properly

Using a digital multimeter, the heating element should show a resistance between 11 and 18 – standard numbers that would tell you that it is working fine. Anything besides, such as 1 or 0, will only mean that something is wrong with your heating elements.

Before anything else, as a safety precaution, always make sure that the electric shower is turned off. You can do this by turning off the isolator switch or a pull-over switch in some models.

How to Check and Test the Heating Element

Check if the Thermal Cut Out Is Functioning Properly

Another common reason for most electric showers failing to heat correctly is broken or malfunctioning Thermal cutoff switches. More commonly known as TCO, thermal cutoff switches are safety precautionary switches designed to automatically shut down the device if the temperature is too high.

To test this, you will have to use your multimeter and test for the TCO switch’s continuity, which is usually placed directly on top of the heating tank inside your electric shower.

How to Check Continuity of TCO Switch

Check for Mineral Build-Ups in Your Shower Head and Hose

According to the US Geological Survey, 90% of households are running hard water, which is rich in solid minerals such as iron, calcium, and magnesium. And as such, these minerals will eventually accumulate and cause clogs in your pipes, faucets, and showers.

Thus, if you wonder why your electric shower doesn’t heat up, then the problem might not be with the electric shower itself, but with the accumulated solid minerals blocking the water from dissipating from the shower head.

Furthermore, if you have been using the shower for quite some time now, it is also very probable that grime, dirt, and other foreign materials have clogged the holes in your shower head and hose.

How to Check and Fix Clogged Showerheads

In conclusion, there are many reasons why your electric showers won’t heat up or function properly. While most of them can be fixed using the tips we have provided you above, there will always come a time when nothing will work.

If this time will come, then there is a good chance that your electric shower has reached its lifespan and will need a replacement.

Regardless, always make sure to ensure safety first before testing or diagnosing your electric showers. As small as electric showers are, one false move can definitely shock you by quite a bit.

Chris is a Texas-based freelance writer who loves the outdoors and working in his garage. When he's not enjoying the Texas sun, he can be found tinkering with all sorts of things in his workshop.