You were having the time of your life, fighting the summer heat by bathing in the ocean one summer day. As your feet touch the sand, you realized it was very warm, making you wonder whether sand absorbs heat or not.

Sand does hold heat, scientifically speaking. The sedimentary material composing the sand lets it hold heat for a very long time. Furthermore, sand also has a low heat transfer coefficient of 0.06W/m²·°С, which increases its ability to hold heat for a prolonged time.

The rest of this article will further explain the topic by answering more questions such as how heat absorption and specific heat affect sand’s capacity to hold heat, why does sand heat up faster than water, what benefits can be taken from this discovery, and tips to protect your feet from the burning sand. 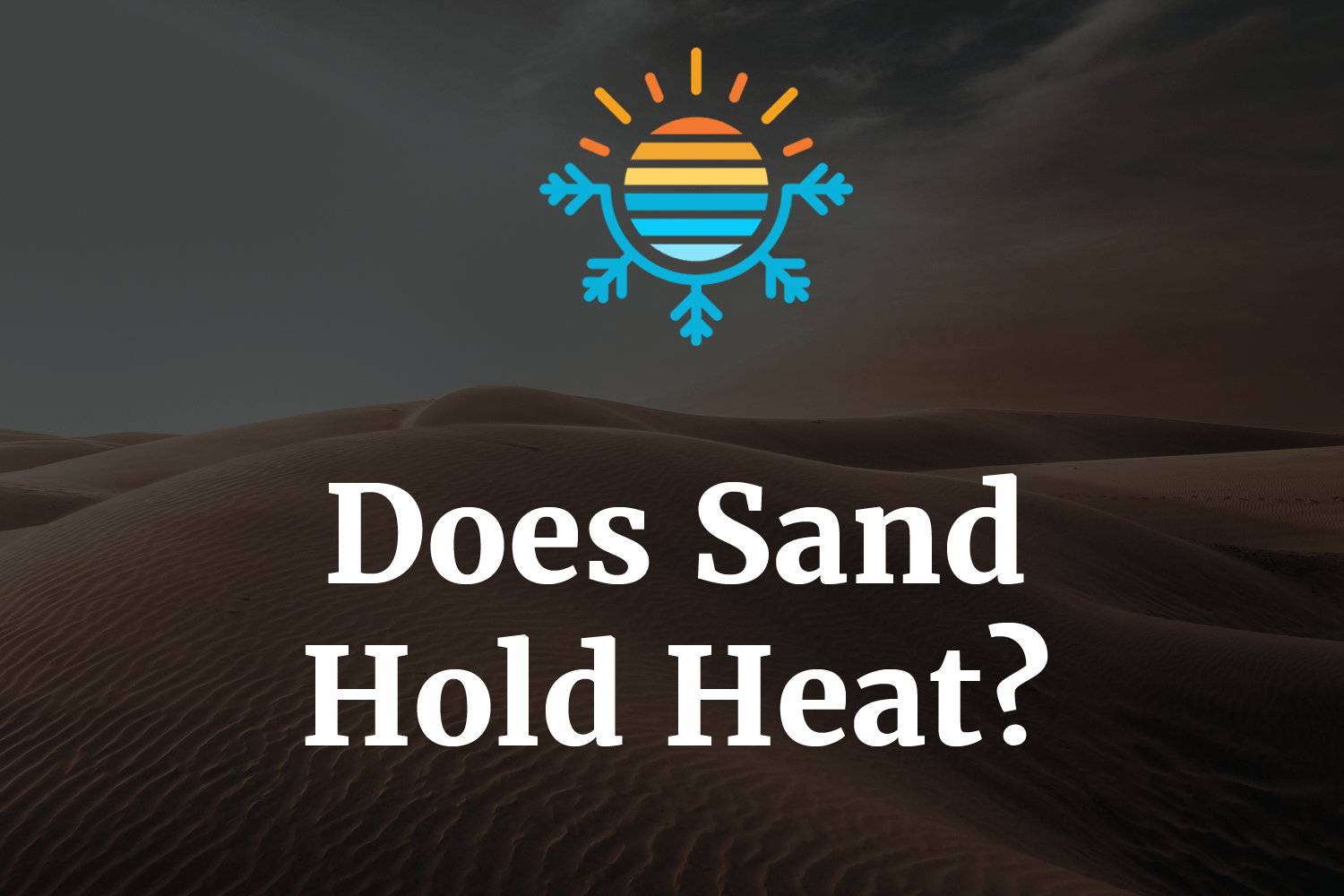 To prove sand’s ability to hold heat, we must consider two things: heat absorption and specific heat. Both these two factors affect the capacity of sand to retain heat energy. Let’s explore a more thorough explanation of how these elements contribute to the bigger picture.

An experiment involving sand, water, and a sand-and-water mixture was conducted. The researchers aimed to prove once and for all which of these three absorbs the highest amount of heat. From the results produced, it shows that sand absorbs the least amount of heat out of the three. This study only proved the heat absorption capacity of sand. The other factor, specific heat, must be considered as well. 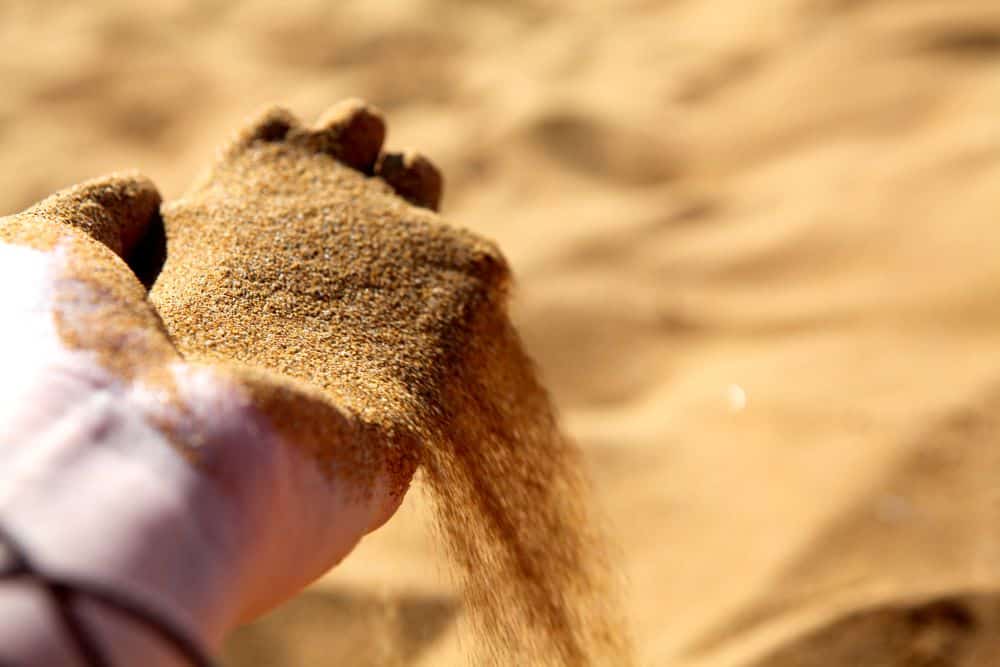 Another important thing to consider in determining an object’s ability to retain heat is specific heat. Specific heat pertains to the amount of heat energy needed to increase the temperature of a substance. An object with high specific heat such as the ocean water will require more heat energy compared to the sand, which has low specific heat.

From a scientific standpoint, it is proven that sand does retain heat. The previously mentioned experiment shows that sand absorbs a small amount of heat energy. Moreover, it’s low specific heat makes it require less exposure to the sun to raise its temperature. Lastly, considering the sedimentary material composing sand, all this information demonstrates that, indeed, sand does hold heat.

Why does sand heat up so fast?

You may also wonder whenever you’re at the beach, “Why is the sand much warmer compared to the water?” More factors, such as mixing and evaporation, further contribute to this phenomenon. Let’s find out more about these processes.

Compared to water, sand is more stationary. Yes, it does get mixed up a bit, but only the topmost layer. The deeper layers of sand are left untouched. In contrast to this, water molecules undergo diffusion, eventually distributing the heat energy effectively to the rest of the water.

Another thing to consider is that water evaporates, sand does not. What exactly is the role of evaporation in this matter? The answer is heat loss. Every time water evaporates, a portion of the absorbed heat energy is taken along with the steam, reducing overall hotness. Sand does not evaporate; this is another reason why sand heats up faster than water.

Verdict: Sand Gets Hotter Than Water Due to the Absence of Processes

The two previously mentioned processes explain why sand gets hotter than water. This discovery must be useful somehow, right? Correct. With the knowledge of sand’s heat-holding capacities, scientists were able to come up with a brilliant idea.

According to a statistic, the amount of solar energy consumed by humans exceeds the total energy 20,000 times. This is enough proof that we rely heavily on solar power for everyday operations.

Dr. Nicolas Calvet, a scientist leading the thermal energy storage group at the Masdar Institute, believes that they discovered an alternative to molten salts – sand.

Similar to the molten-salt mechanisms, their proposed project consists of a two-tank concept as well. They claim this alternative is cheaper, more environmentally-friendly, and more efficient since it operates at higher temperatures. 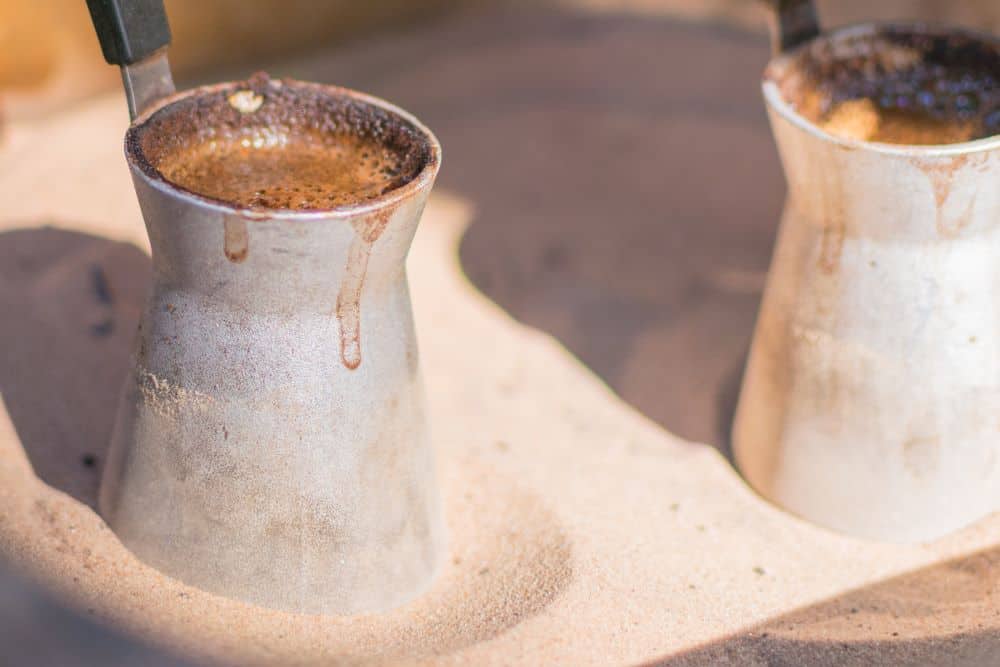 The group of scientists previously mentioned is located in the UAE, where vast amounts of sand are easily accessible. If their proposed project turns out successful, it might replace the traditional molten-salt mechanisms, since it claims to be better than the currently used systems at a higher resource-conserving rate.

Scientifically-proven ways to protect your feet from burning sand

Now that we proved that sand truly holds heat, why don’t we move on to something more relevant to our daily lives? Many of us experience almost burning our feet from the hot sand; here are some clever ways to prevent that.

It would be ideal to opt for footwear made of rubber or plastic, as these materials are natural insulators, effectively preventing heat from reaching your feet. While most people wear flip-flops to the beach, they still let sand get to our feet. A smarter choice of footwear would be a pair of Crocs Classic Clog, although some people don’t prefer wearing them. 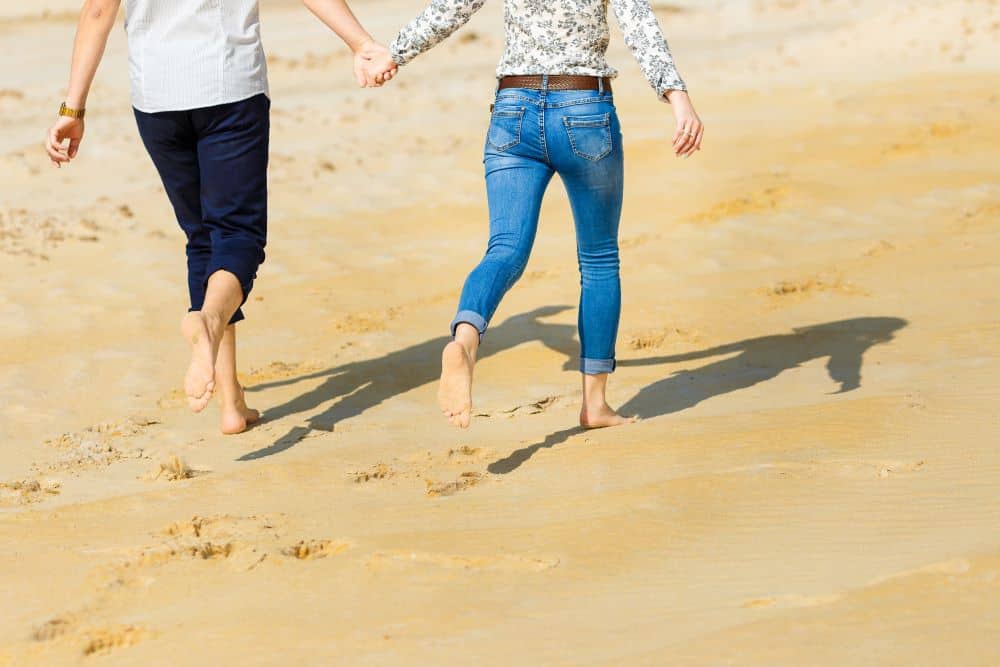 Let’s say you forgot to wear foot protection before going for a swim, or maybe you just can’t find it. You just need to go back under your beach umbrella, which is just a short distance away. What you can try doing in this situation is to just run for it. Conduction still occurs no matter how fast you run, but this is an effective alternative during emergencies.

Whether you are just tired of burning your feet or prefer to go shoe-less, you can try going to beaches with light-color sand. The sand’s heat capacity depends on the minerals composting it. A general rule of thumb is that darker sand absorbs more heat while lighter sand absorbs less heat. On top of that, light sand even reflects heat.

Another way to prevent burnt feet is to make a path of beach towels. This is a better alternative than just running. Even though beach towels are relatively thin, the cotton material comprising it still does protect your feet from heat to some extent. 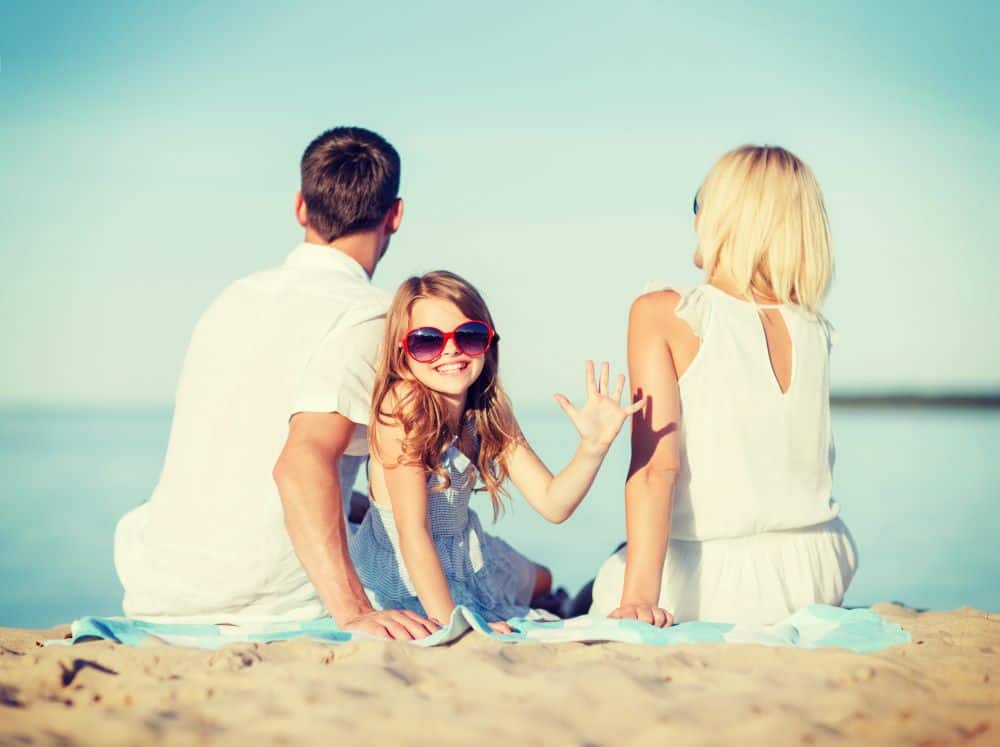 Tip #5: Burrowing Your Feet Into the Sand

As previously mentioned above, beach sand doesn’t get mixed as much, and heat doesn’t get to the deeper layers of it. Burrowing your feet into the sand as you walk would feel much cooler and more convenient compared to touching the sand’s top layer. This method might take a little more time, but at least you’ll get to your destination burn-free.

Scientifically speaking, sand does hold heat. Some factors that influence its ability to retain heat include:

The amazing discovery of sand’s heat-holding abilities inspired a group of scientists to make something useful out of it. The group proposed a project about using sand as an alternative way of storing solar energy. They also claim that it would be cheaper, more environmentally-friendly, and more efficient.

Effective ways to protect your feet from the burning sand were also discussed. The tips are targeted towards alleviating some of the daily life struggles experienced by most of us.