You may have heard of the gas grill hack – using lava rocks to make your grill hotter. You’ve probably even witnessed the results, deliciously browned barbecued meat. Hence it’s logical to say that the lava rocks actually boost the grill’s cooking temperature, right?

Lava rock doesn’t hold heat that well because it’s extensively porous, so it doesn’t retain much heat in and of itself. The multiple tiny air spaces, on the other hand, are what work to create an insulation effect hence allowing retention of heat. The same effect comes to play when using lava rocks on fire pits.

In this article, we’ll explain in more detail how lava rocks actually regulate temperature as well as how this useful advantage makes a difference when using lava rocks in your home. Let’s dive right in. 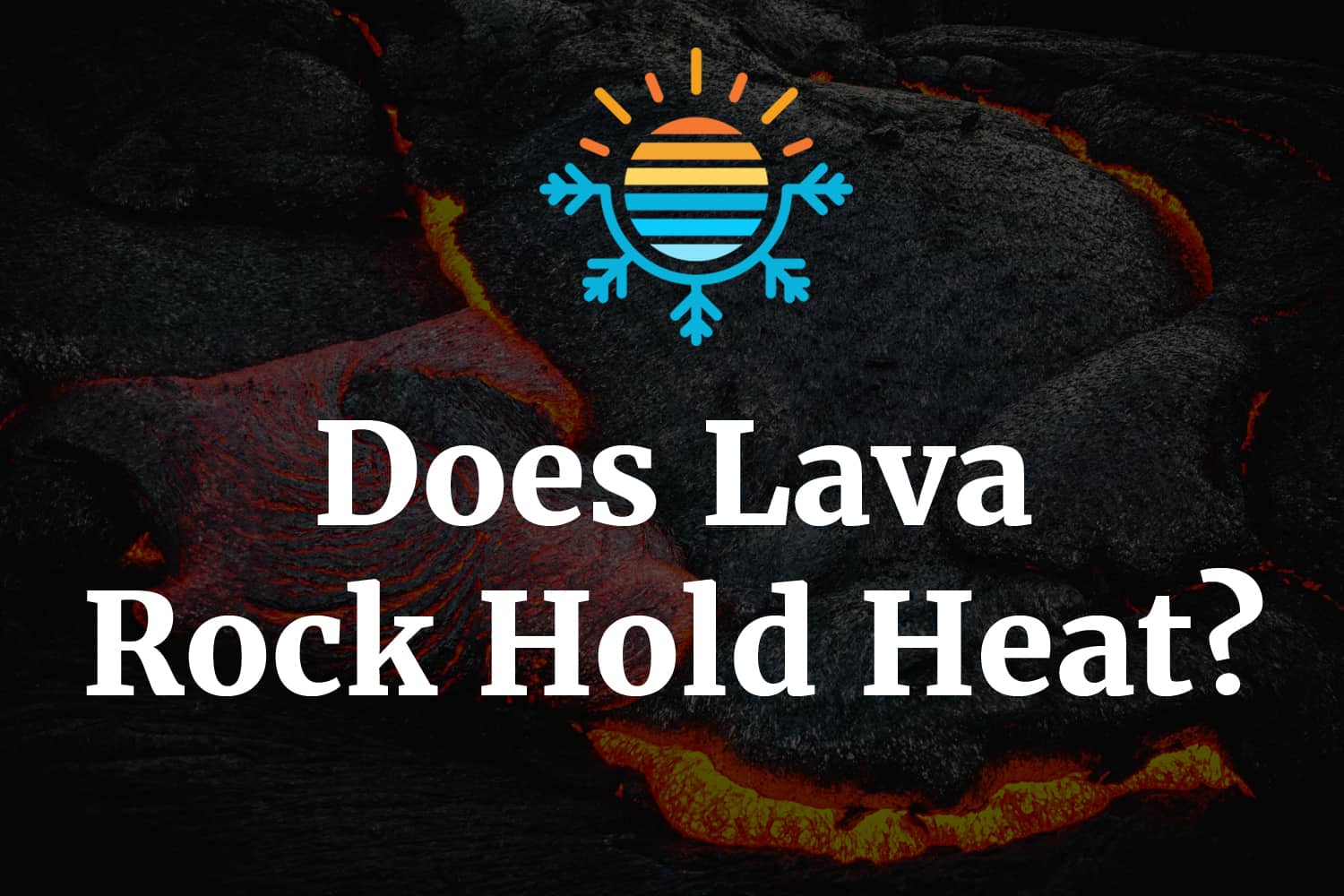 To understand how lava rocks help in temperature regulation, it’s important to keep in mind their composition and structure.

These igneous rocks are formed as a result of the cooling and solidification of molten lava. Lava contains silicate minerals plus other chemical elements in various proportions. The chemical components determine the viscosity of lava and mode of eruption. Consequently, it determines the structure of the rocks formed after cooling.

This extensive porosity of lava rocks makes it light in weight and also plays a role in how lava rock regulates temperature.

How Air Spaces in Lava Rocks Cause Insulation

Since the air in the spaces found in lava rock is gaseous, it means it’s harder for heat to be transferred through those gaps. This makes the rocks act as poor conductors of heat and, therefore, good insulators. It explains how lava rocks regulate temperature by preventing loss of heat.

But that’s not the only determining factor in temperature regulation when using lava rocks. Let’s look at the next point. 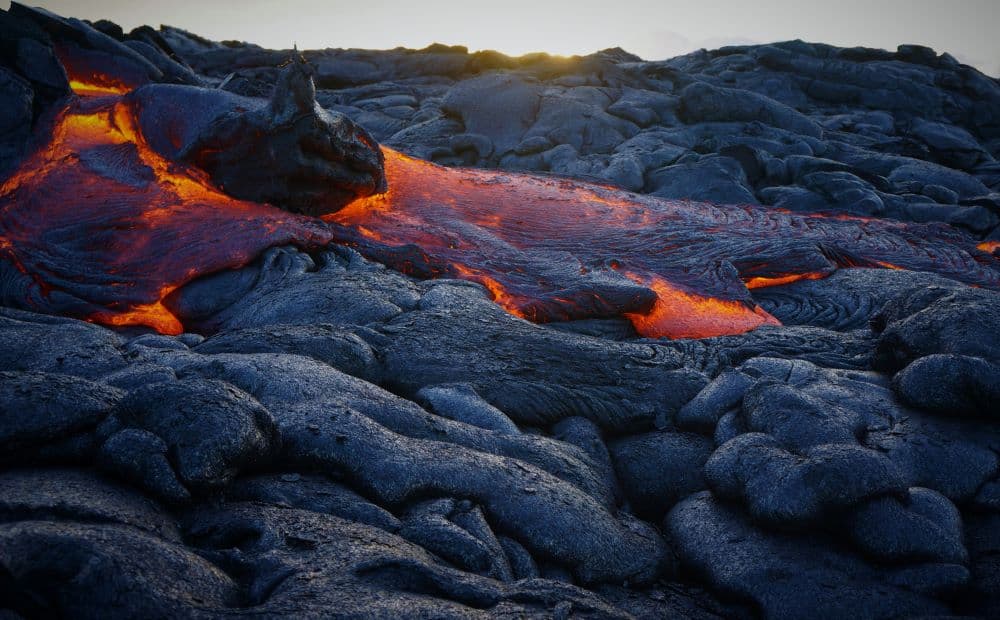 How Tightly Packing Lava Rocks Together Helps to Regulate Temperature

As we’ve seen, air acts as a poor conductor of heat. But one could argue that heat can still be transferred through convection. Well, this is why you need to place the lava rocks close together to ensure good insulation.

In addition to that, you can place other materials on top (e.g., lava glass or landscaping glass) to boost the insulating capacity of the lava rocks.

How this works is, the layers of solid material function to “trap” more air in the vesicles, and this means less available space for air to move around; hence there’s reduced heat loss by convection.

Lava rocks can come in handy in many different places in the home. Here are a few examples.

Whether you grill once in a while or are a grilling enthusiast, you may have wondered how to boost your gas grill. Because let’s face it, the gas grill may be convenient and all, but it doesn’t do as much justice to your steak like a charcoal grill. Gas grills aren’t as hot as their charcoal counterparts and often don’t cook as evenly.

Thanks to “Top Chef” veteran Preeti Mistry, we now know the solution to this dilemma is simply a bag of lava rocks like these Char-Broil Lava Rocks and a few expanding grates. Using these items, you can quickly supercharge your gas grill.

That’s it. You are set to cook according to your usual recipe.

With this hack, Preeti Mistry managed to increase the temperature of the gas grill to 500℉ (260℃) and more. The setup also enables a more even cooking. And another advantage is that you don’t have to worry about heat escaping when you open the grill cover. 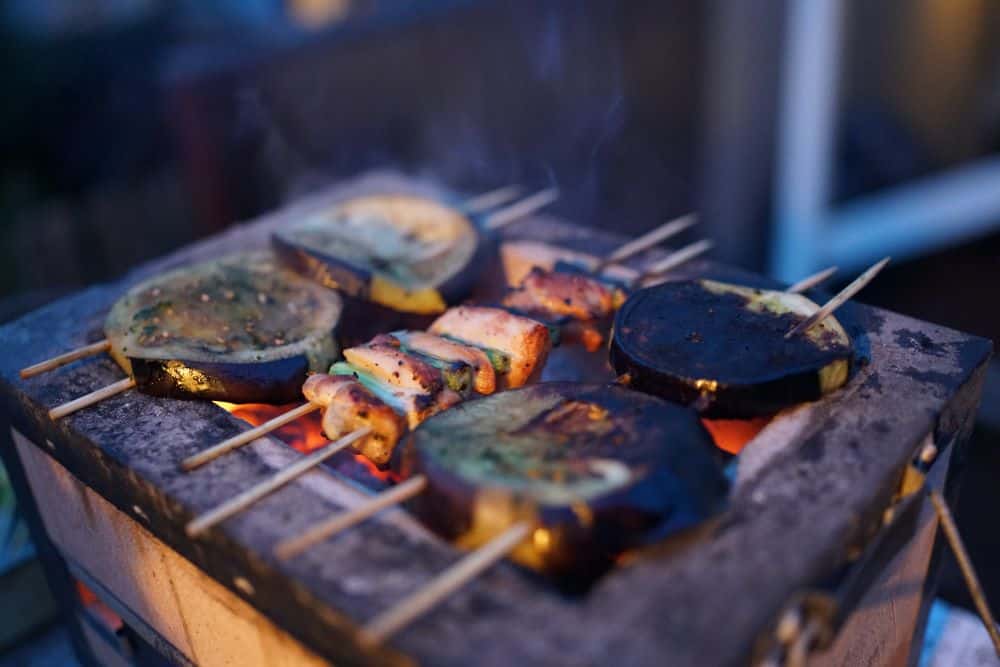 Modern gas fire pits require a medium for even heat distribution and to protect critical components of the fire pit. One of the cheapest and most durable media you can use is lava rock.

The process of setting up your fire pit medium is pretty simple and straightforward. You need to first ensure you have enough lava rocks. Use the smaller-sized rocks for the bottom layer first. Then the rest of the layers can include larger pieces. You can also add another medium at the top, e.g., fire glass or ornamental fire pit stones.

Lava rock’s insulating qualities are one of the main reasons it’s great for fire pits. The layer of the rocks also protects the burner and enables even distribution of heat on the pit.

This is yet another area you can use lava rock in your home, the garden. Lava rock is used for mulching to reduce water loss from the ground.

It also regulates soil temperature to support plants that are easily affected by drastic temperature changes experienced during the day and night. As mentioned above, the insulating property of the porous lava rocks prevents too much heat from the sun from getting to the ground during the day. At night, the same mechanism prevents excessive loss of heat from the soil.

This, coupled with the fact that lava rock is light-weight and so easy to handle, makes it a convenient medium to use in your garden.

Other useful properties of lava rock.

There are other properties (apart from temperature regulation) that make lava rock a helpful medium. Here’s a quick list of things you can do to take advantage of various useful properties of this rock: 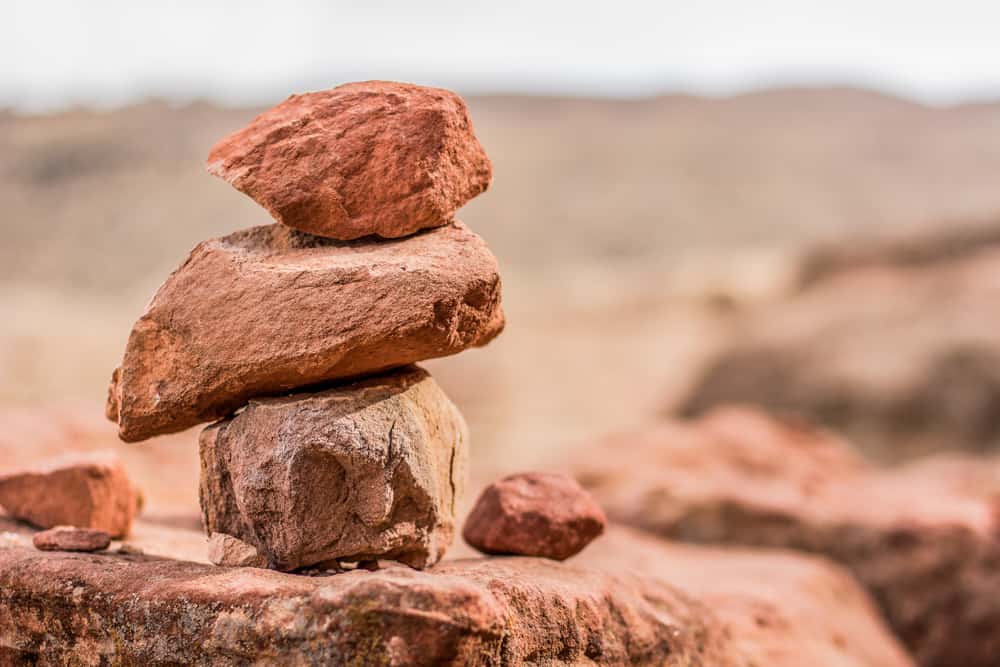 Lava rock helps to regulate temperature by causing an insulating effect as a result of:

Because of these factors, lava rock serves as a useful medium in homes and is used for:

Lava rock also contains properties that can be useful for: