Smoke detectors are installed to warn us of any mishap caused by fire, these useful devices save countless lives and property on a daily basis. We can find smoke detectors everywhere – homes, offices, movie theaters, shopping malls, and so on. This brings us to a question: Can a household appliance such as a humidifier trigger a smoke detector?

A humidifier can trigger a smoke detector as it cannot differentiate between smoke and water particles. There’ve been incidents where high levels of humidity in places have triggered smoke detectors. Since humidifiers increase air humidity levels, they cause smoke detectors to trigger. 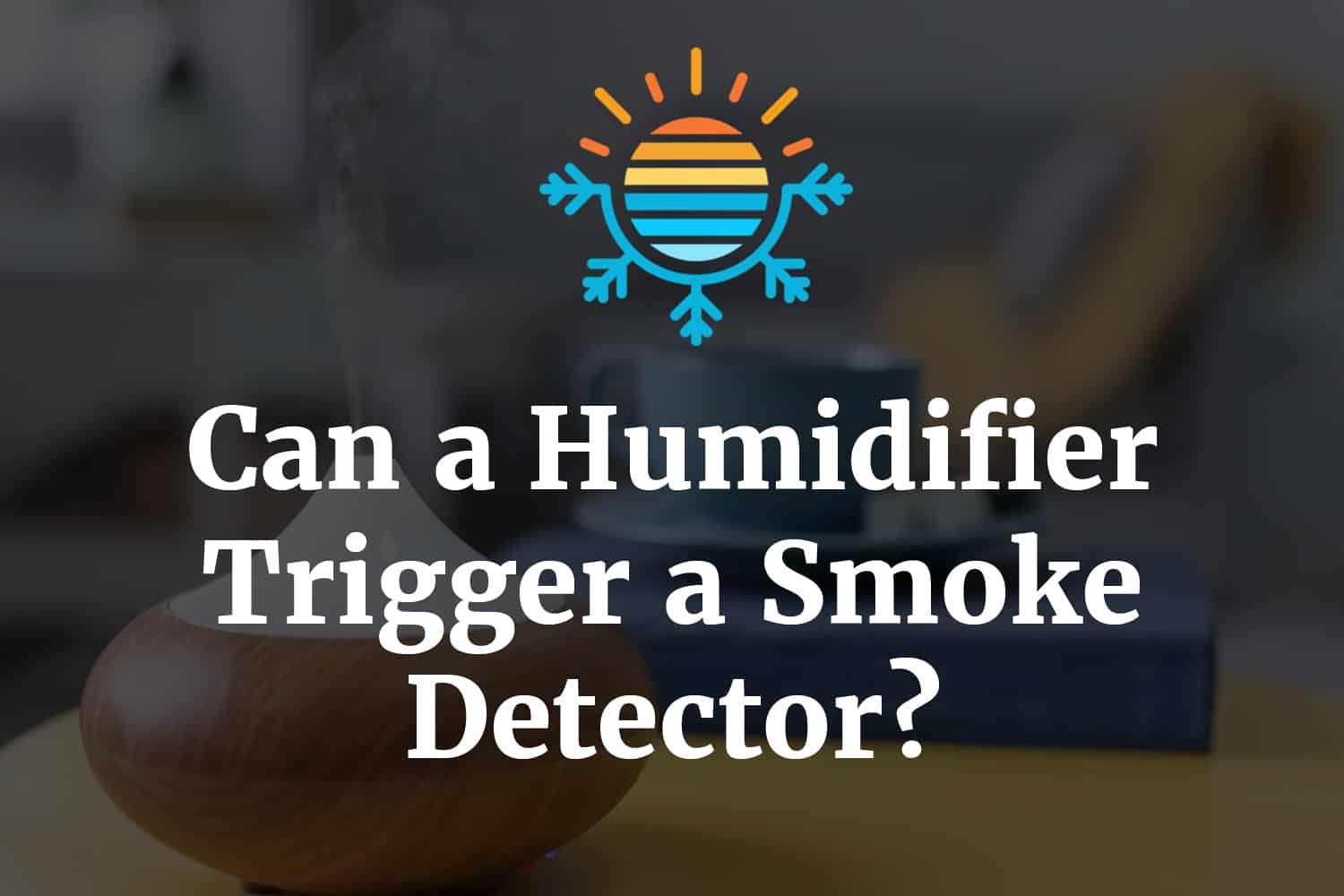 Can a humidifier trigger a smoke detector

Humidifiers are home appliances that increase the moisture levels in the air. They are used in a single room or entire house through the HVAC system. Humidifiers are important as they counter the drying of the mucous membrane in extremely dry conditions. Even medical ventilators have humidifiers to comfort an ailing patient.

Humidity can be measured by a hygrometer. It is measured as RH (Relative Humidity). For domestic purposes, relative humidity of 30% to 50% is recommended in most cases. Abnormal humidity levels cause several problems.

Low humidity levels can lead to irritation in your throat and nasal passage, cause your skin to dry or result in itchy eyes.

High levels of humidity can make you feel stuffy and promote microorganism growth in your house. This, in turn, can lead to allergies and other diseases.

There are several types of humidifiers. The major ones are:

So you can see that humidifiers form tiny water particles that float in the air and increase the overall moisture content of a place. This is an important observation, as we will see shortly. Just for the sake of completeness, to reduce humidity, you can use a dehumidifier or an air conditioner to absorb the excess water content in the air.

A smoke detector is a device to sense smoke as a sign of fire and cause an alarm. These electronic devices have saved lives and property throughout the world. The US National Fire Protection Association reported that for the period of 2009-2013, there had been 0.53 deaths per 100 fires at homes having working smoke detectors in comparison to 1.18 deaths in homes without working smoke detectors.

These smoke detectors use a radioisotope like Americium-241 to ionize the air. It has two chambers with pairs of electrodes within them. One chamber is open to the air, and the reference chamber is sealed from the outside world.

In normal circumstances, the currents would be the same in both the chambers. When smoke particles enter the open chamber, it attaches itself to the ionized air molecules, reducing the number of ions for current conduction. This reduces the current in the open chamber as compared to the closed chamber, triggering the smoke detector to raise the alarm.

These detectors have a light source, such as a Light Emitting Diode (LED) or an incandescent bulb emitting either infrared, visible, or ultraviolet light; a lens and a photoelectric receiver such as a photodiode.

Can a Humidifier Trigger a Smoke Detector?

You can infer from the previous section that a smoke detector is triggered in two ways:

In other words, the smoke detectors do not actually detect smoke but simply infer their presence due to the change in electrical conductivity or light intensity. Thus, any particle of the size of smoke particles, such as fine water droplets from humidifiers, can cause the triggering of a smoke detector.

How to Reduce False Triggering of Smoke Detectors by Humidifiers?

Though smoke detectors are useful gadgets, their false triggering can be an irritant at times. Hence it is better to take measures to avoid this problem. You can refer to the following points for the same:

In other words, since smoke detectors cannot distinguish between smoke particles and fine water droplets, they get triggered by either of them.

We also came to know of various precautionary measures to avoid false triggering. Since smoke detectors are life saviors, it is essential that we incorporate them wherever required. By following these simple steps, we can ensure that smoke detectors don’t get triggered by humidifiers.