Using a ceiling fan is a very effective way to cool a room, which is one reason that makes them very popular. Obviously, ceiling fans have to be mounted on a ceiling, but doesn’t that make them dangerous?

Ceiling fans are not considered dangerous if they are installed properly; this being the case, a ceiling fan should be secured properly and not fall down. A person might get hurt if they stick a hand in the rotating blades, but that will not happen under normal circumstances.

In the rest of this article, we are going to look further into this question and consider various things that will help us understand the issue in a better way, including how ceiling fans should be installed, what makes people feel that they might be dangerous, and other important factors. 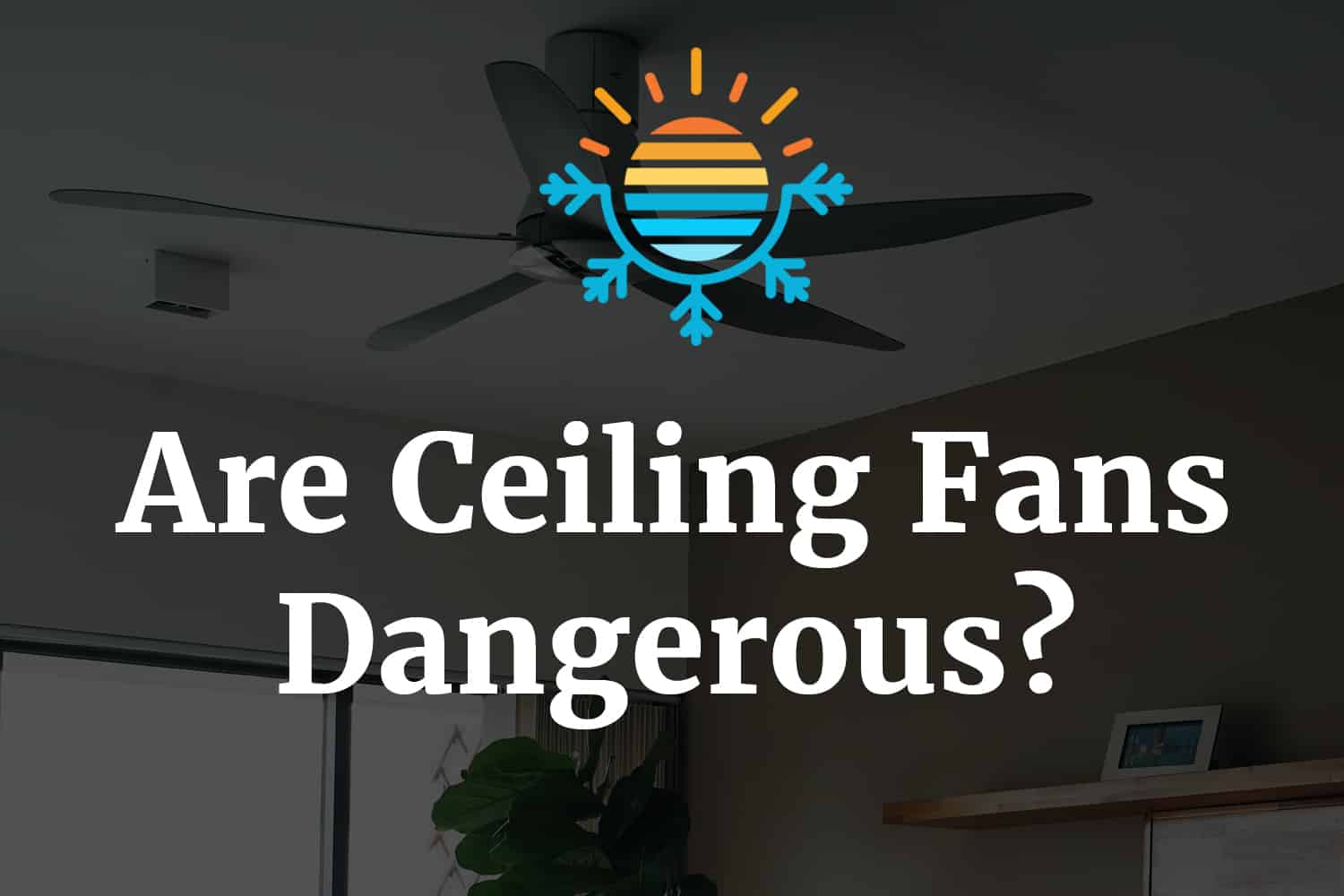 While some people might not stop to think about whether a ceiling fan happens to be dangerous or not when they happen to be in a room that has one, others will find it hard to avoid this question. Some people will even go out of their way to avoid ceiling fans, thinking that they could fall down on them at any moment.

Let’s take a look at a few factors that contribute to some people’s belief or fear that ceiling fans might be dangerous.

Ceiling fans can look quite heavy to people depending on various factors such as their size and what material they happen to be made from, although it is very important to note that most residential ceiling fans weigh anywhere from 8 to 50 pounds. Obviously, industrial ceiling fans will be considerably heavier.

Typical ceiling fans are made of various parts that include an electric motor, which can be of different sizes and weight, precision blades that can be made or metal, wood, or plastic, blade irons that connect the blades to the motor, a flywheel that connects the blade irons to the motor, and other optional parts. All of these parts put together can make a ceiling fan look heavier than it actually is.

It is perfectly understandable for people to fear that a heavy object that happens to be hanging over their heads will suddenly fall, but the important thing to note here is that ceiling fans are not usually as heavy as they appear to be, meaning that they would not cause as much damage as people might imagine even if they did come crashing down.

Not all ceilings are of the same height in every residential home or building; this means some ceiling fans will be installed lower than others and some might appear to be dangerously close to the floor, especially if there is a chance that kids might jump up and reach them. One of the biggest fears that people have of low hanging ceiling fans is that someone could jump up and suddenly get hurt or even killed by rotating ceiling fan blades. 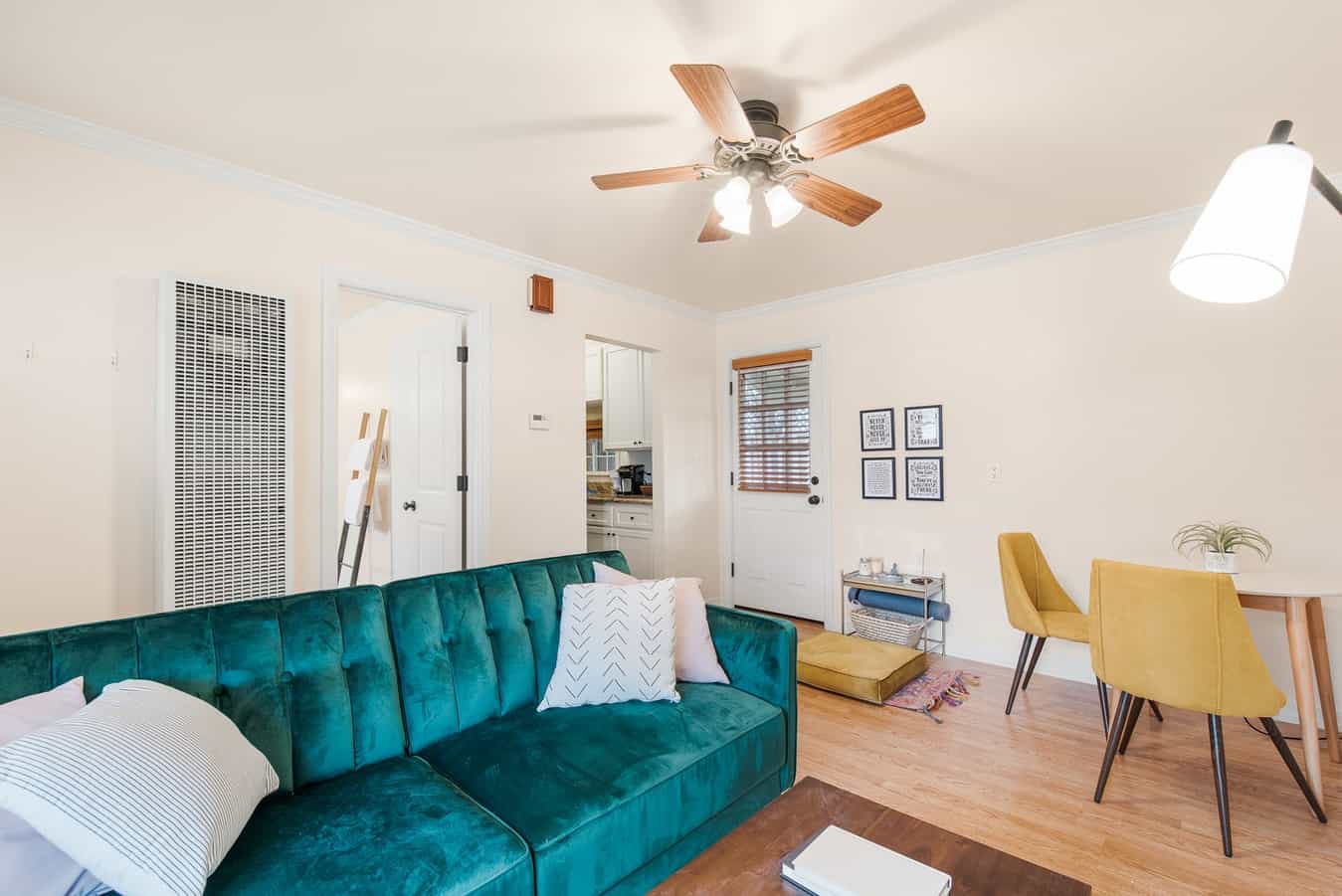 There is no doubt that ceiling fan accidents do happen from time to time. In fact, according to the Electrical Safety Foundation International, thousands of injuries are reported every year from ceiling fans due to incorrect mounting. This fact highlights that proper installation matters when it comes to ceiling fans and that means that you should always turn to a fully trained and qualified professional to install or repair a ceiling fan.

Some homeowners love to do things themselves, especially if it means that it will save them a considerable amount of money. However, it is imperative to understand that ceiling fan installation is not one of those things that should be done by someone who does not have proper training since it can lead to injury if the ceiling fan in question is not mounted properly and eventually crashes down as a direct result of this.

The Verdict: Ceiling Fans are not Dangerous

Despite the fact that ceiling fan accidents do happen from time to time, ceiling fans should not be considered to be dangerous since the accidents in questions tend to be due to negligence when it comes to proper installation.

Most homeowners will be wise enough to go to professionals when they want to install a new ceiling fan in their home or have an old one repaired, meaning that there really should not be any fear of the ceiling fan either falling or harming someone when the blades are rotating. Professionals should also alert homeowners when a room is not right for a ceiling fan because of a low ceiling.

Are Ceiling Fans Safe Enough for You?

There are plenty of good reasons to consider getting a ceiling fan. Most people who choose to have one of these devices in their homes do so for different reasons and comfort is one of the biggest. According to Joe Rey-Barreau, Education Consultant for the ALA, “In summer, ceiling fans create a wind chill effect that makes the room feel six to eight degrees cooler than the actual ambient temperature,” and that is a great reason to get one.

Another reason to choose to get a ceiling fan is that the right one will add beauty to any room. But if the question of safety is still an issue for you, having professionals come to your property and provide you with expert advice about whether a ceiling fan is right and safe for the particular room where you would like to have it is a good idea.

The belief that ceiling fans are dangerous does not really hold up if they are installed precisely as they should be. Most reported accidents appear to be the result of incorrect mounting and that can easily be avoided.

It is highly recommended, and even required by law in various places, to hang ceiling fans at least 7 feet from the floor to keep them as far above people’s heads as possible.

Assuming that you will have professionals install your ceiling fan, there is really no safety reason not to get one and it will provide you with many benefits. 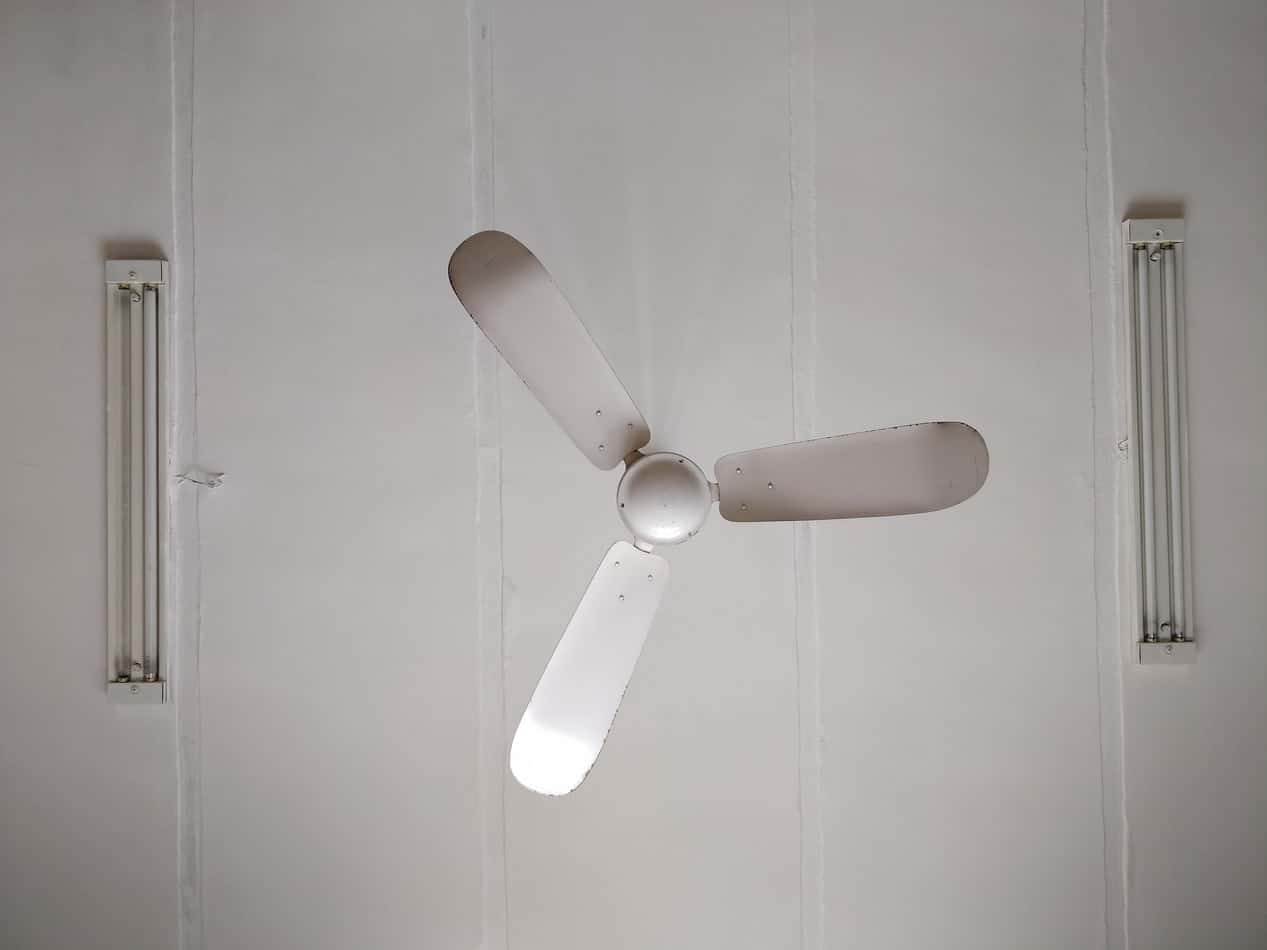 Ceiling fans appear to be potentially dangerous to some of us for various reasons such as: