Picture this: it’s a cool, Autumn day. There is a nice slight breeze outside, so you open your windows in your house upstairs to let the cool air in. But then, you notice as you wander around the house that it feels cooler downstairs rather than upstairs. Why is that?

Cold air sinks, while hot air rises, due to the cold air being denser, absorbs less energy, and is found at a lower altitude, which is why it is closer to the surface of the Earth. Here’s an easier way to remember why cold air sinks—the further away from the sun you get, the cooler it is.

Atmospheric (air) pressure is influenced by temperature, but it also affects the temperature – meaning that depending on if the air is hot or cold, it will rise or fall. Below, you will find out more about how the air pressure is affected through elevation, temperature, and water content, and its relationship to why cold air sinks. 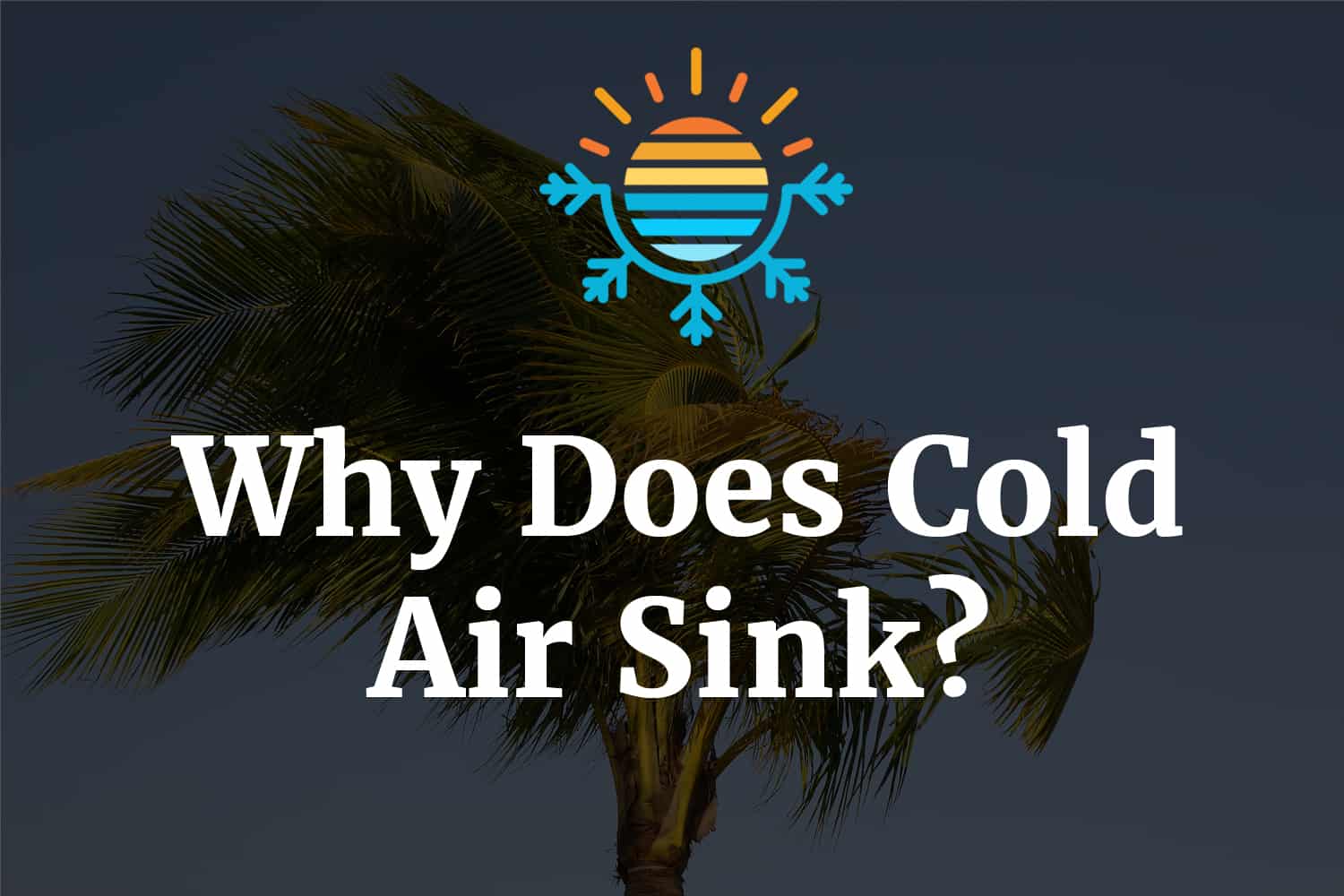 Air pressure is the measure of force with which air molecules push on the surface, and because there are so many molecules in the air, they amount to a sum of mass. The mass and air pressure are greatest at the surface of the Earth because there is more of the atmosphere above it to push it down. Therefore, creating a pressure that influences the weight of the air on the ground. 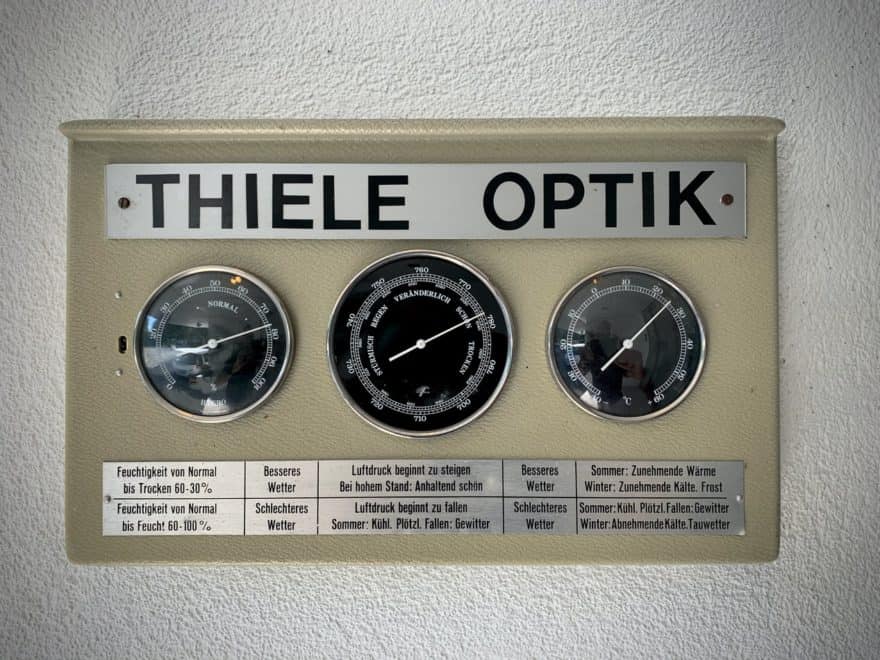 The atmospheric pressure can be measured with an instrument called a barometer. This instrument measures the air pressure in the environment and can be used to determine the forecast (weather) or find out the altitude.

Why Does Cold Air Sink?Further, the air pressure is affected by 3 major factors that can also influence the barometer’s reading outcome. The most significant factors are Elevation, Temperature, and Water Content. Each of these factors is directly correlated with helping you understand why cold air will sink.

The air travels from higher pressure to lower pressure. In this case, it all has to do with density. The higher the density is, the more the air pressure increases.

The Earth is heated unevenly by the sun, but the heat circulates because it wants to be in equilibrium. The atmospheric circulation will redistribute the heat so that it can maintain equilibrium. There are cells that help with the circulation process. For example, convection cells will assist in sinking warm air as it cools.

So, when hot air rises, the pressure at the Earth’s surface will then be lowered. This will lead the air to expand and cool, which can result in precipitation. When air sinks, the air pressure at the surface of the Earth is raised. The sinking air will then compress and heat. The cold, dry air that sinks becomes warmer and dries out—leading to the rise of hot air once again.

The idea that the temperature will affect the circulation of atmospheric pressure can also be attributed to the Earth’s coordinates. For example, at the North Pole, the air sinks because it is cold. As it flows to the South Pole at the surface, it is warmed by contact with the land or the ocean. Between 60°N and 30°N, there are rises in the atmosphere, and the Ferrel cell is at work on circulating the air. 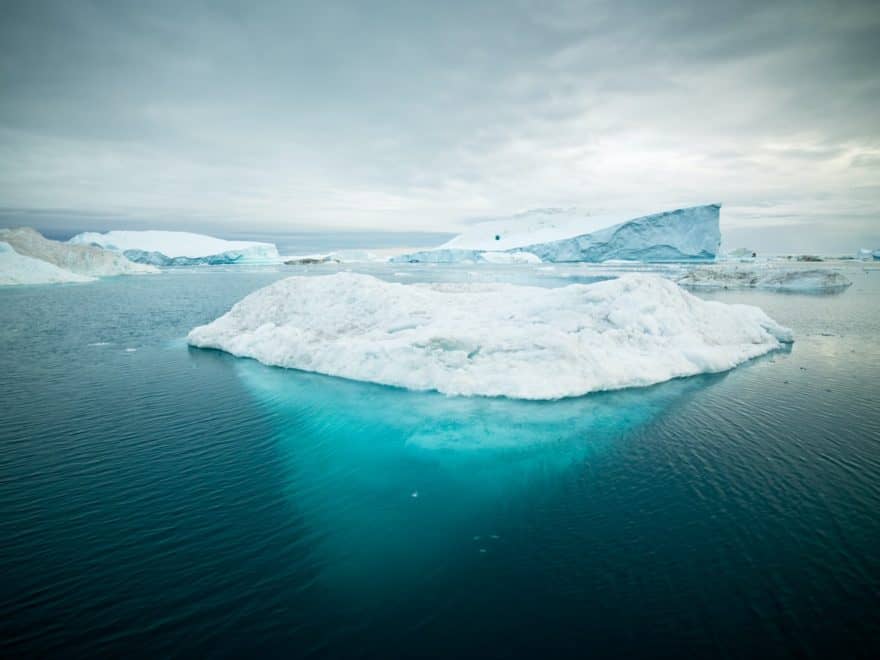 When it comes to how water content affects the atmospheric pressure, it has to do with the humidity and moisture that is typically found in the air. Moist, humid air is less dense due to the water vapor displacing nitrogen and oxygen. The water will rise because it is much less dense, while nitrogen and oxygen are heavier (and take up the majority of the molecules in the air).

Humid air will rise along with the hot air. However, as the air cools, the water vapor will turn back into liquid water rather than the water molecules. This will result in condensation or precipitation.

One example of this taking place is on really hot, humid summer days. During these days, the air will feel a lot heavier as the humidity rises, but the other molecules are being forced down. As the humidity rises, it will then expand along with the hot air and create precipitation (rain).

As stated before, by measuring the air pressure (using a barometer), you can learn from what the forecast is going to be like or what the altitude is like. Those are just a couple of examples of how it works. But, the instrument is primarily used to determine the weather, which is really useful in figuring out what to wear each day (you wouldn’t want to go without a rain jacket if the weather was supposed to be stormy!).

As the air circulates to maintain equilibrium, it travels from higher pressure to lower pressure. The action of changing pressure will create wind. Circulation cells, like the Ferrel cells or convection cells, play a role in transferring air molecules and pressure. Further, as the air molecules continue to move in constant motion, the wind can range from a few local gusts to wind belts circling the Earth. 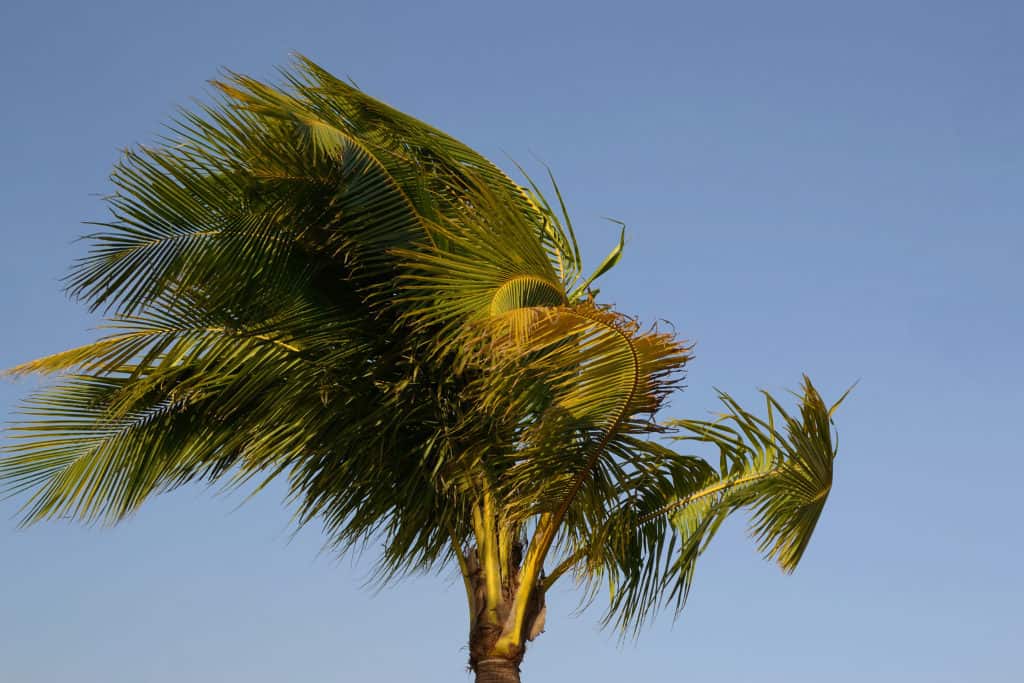 The air pressure in the weather system can reflect the amount of water in the air. Typically low air pressure will mean that the weather is going to be unpleasant such as it being stormy, cloudy, or overcast. Warm air forms over oceans, so it is more likely to bring rain. On the other hand, high air pressure is typically associated with pleasant weather like clear skies and no precipitation.

Whoo. That was a lot of information, huh? So, let’s break everything down shall we: