An oven power cord is the sole source of power for electric stoves. While you can use the burners and oven on a gas stove without electrical power, an electric stove is useless without a power cord. However, it’s essential to know that not just any power cord will do, as your specific oven will need something unique.

Oven power cords can have three or four prongs connected to the cord end, depending on the type of stove and how much power the stove requires. While older homes may still use an oven power cord with three prongs, newer homes must have four prongs for added safety.

Do Ovens Come With Power Cords?

Ovens do not come with power cords, unlike refrigerators and other appliances, because there are simply too many variables in play. For example, certain homes will require the use of a three-prong power cord, and other houses will need four prongs. Alternatively, some homes need to be hardwired.

A hardwired oven won’t have a power cord but rather a cable running directly from the panel box into the appliance. In these cases, there’s no need for a power cord.

Overall, there would simply be too many cases where the wrong power cord is received with an oven if they were to be included. This is due to the wide range and styles of homes across the U.S.

In addition, while a 4 ft (1.22 m) power cord is pretty standard, there may be instances where a longer line is needed.

Do Ovens Come With Plugs?

Ovens don’t come with plugs included in the packaging. Typically, the house that you’re buying a range for will already have a plug. If this isn’t so, you’ll have to install a plug yourself or hire an electrician.

Before purchasing your oven, make sure that you know what type of existing plug is in your home. It would also be good to know what size breaker is being used to supply power to the existing plug. The size of the wire and plug could affect what type of oven you should purchase.

Make sure that you don’t get a range too big for your existing power supply.

Oven power cords are universal, provided you use the correct fitting. Although ovens don’t have power cords or plugs designed for them explicitly, you can only use three-prong with three-prong, and the same for four-prong plugs.

Can I Get an Adapter for My Oven Cord?

The amount of prongs doesn’t affect the overall amperage that the line provides. The fourth prong on newer oven power cords is a safety precaution to ground the electrical circuit.

A three-prong plug will only have three wires running from the plug to the panel box, which is the power source for all the electricity in your house.

If the electrical wire powering the plug of your oven wasn’t installed correctly, or a wire comes loose, the stove becomes a shock and fire hazard.

The electrical codes changed in 1996 and started requiring that all new homes with electric stoves have four wires running to the oven. Four wires need a plug with four holes, which requires a four-prong cord.

The purpose of the fourth wire in a four-prong cord is threefold, these are:

It should be noted that while homes built after 1996 require a four-prong power cord for the oven, if you’re replacing a range in a house built before 1996, you don’t have to update the power supply.

Can I Use Extension Cord for Electric Oven?

They’re available in several different lengths, and you should be able to find one in the length you require.

In the rare cases that you can’t find a power cord long enough to accommodate your needs, you’ll either need to move your range oven closer to the power source or move the power source.

Depending on where the stove is located, moving the electrical wire feeding your oven’s plug will be your only possible course of action.

Are Ovens Wired In or Plugged In?

Ovens can be directly wired in or plugged in with a power cord running from the plug to the stove itself. Whether you choose to have your range hardwired or plugged in is entirely up to you, but most new houses will have a plug rather than a hardwire.

The benefit of having a plug and a power cord is that if you ever want to move your stove to clean behind it or for any other reason, you can simply unplug the oven and move it. This is especially useful in older homes where you may want to redo your kitchen floors or countertops.

While there are benefits to having a plug on your oven, it’s pretty standard for ovens to be hardwired directly to the power source. In these cases, a wire is run directly from the panel box into the range.

Another option for hardwiring is to have a junction box located behind or beneath the oven and make your electrical connection within the junction box. This is done when a custom power cord is attached to the stove, but the power cord doesn’t have prongs for a plug.

Attempt To Locate a Longer Cable

While 4-ft (1.22 m) power cables are relatively standard for most ovens, longer ones are available. The longest you’ll be able to find will usually be 10 ft (3.05 m), as anything longer may lose too much power to be effective.

Also, keep in mind that power cords lose a little bit of power for every foot, so anything longer than 10 ft (3.05 m) may prove to be ineffective at supplying power to your stove.

Splice the Existing Electrical Wire Running to the Oven

Splicing an electrical wire can be a dangerous task to undertake yourself. Unless you have experience as an electrician, this is a job best left to a professional.

The way it works is that the existing cord will be cut in half in an area convenient to work but out of the way of foot traffic.

The two wires then combine to form one safe electrical connection.

If you don’t want to mess with trying to cut and splice the old electrical wire, then your only remaining option is to run a completely new wire. This isn’t a bad idea and maybe the best way to power your oven safely. 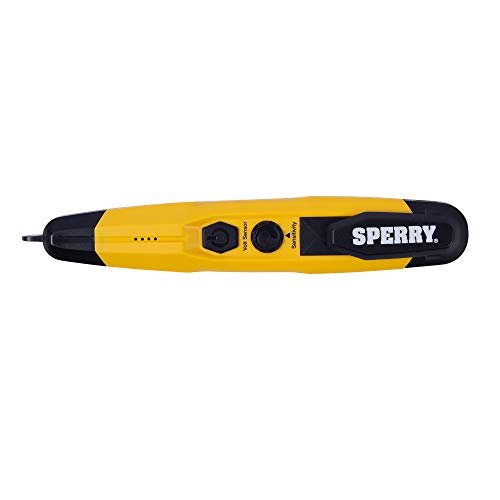 Stove plugs are bulky and usually brown or black with either three or four holes. There will be three diagonal slits or holes on three and four-prong plugs, one for each cord prong to slip into. Four-prong plugs will also have an additional round hole for the fourth prong.

While other plugs or outlets in your home are neatly tucked into the wall, stove plugs don’t always do this. Instead, a stove plug can either be tucked in flush with the wall or surface mounted to the floor or wall.

Can I Install My Own Oven Power Cord?

Incorrectly installing an oven power cord can result in a fire hazard, a shock hazard, and serious personal injury.

Likewise, connecting the wrong wire to the wrong port on your oven is extremely dangerous and could fry your range.

If one of the screws attaching the wire to the oven isn’t tight enough and becomes loose, this is also dangerous. Your oven won’t operate, and if this is done on a three-prong cord, the stove becomes electrified, and anyone that touches it could be shocked with 30-50 amps of electricity. This is more than enough to kill a person.

If you don’t know what you’re doing, you should never attempt to mess with electricity. There are simply too many things that could happen and result in injury to you or someone else.

Additionally, more than 28,000 house fires start each year as a result of electrical faults and issues. Don’t add to that statistic by trying to do something you don’t know how to do.

Oven power cords are essential to the proper operation of your stove, and its installation should be left to professionals with electrical knowledge and experience.

Always remember to be cautious when working on or around your oven power cord. Ensure that you know if you need a three-prong cord or a four-prong cord and what length of cord you need.

If you ever have other difficulties with your oven, some of our other oven troubleshooting posts may be able to help: