Many people have heard about “insulators” in school science classes: those things that, among other things, help keep things warm. And among materials that keep things warm in the world, they do say Styrofoam keeps things warm, right?

Styrofoam keeps things warm because it’s made out of polystyrene foam, which has many trapped pockets of air. Air doesn’t allow heat to pass through it too well, so the air pockets in styrofoam insulate whatever is in the container and prevent heat from escaping.

However, there’s a common mistake made about the term ‘Styrofoam’ when people discuss material that keeps things warm. In this article, you’ll find out in detail about just what Styrofoam is, what the mistake is, a warning, and the full science behind just how Styrofoam keeps things warm. 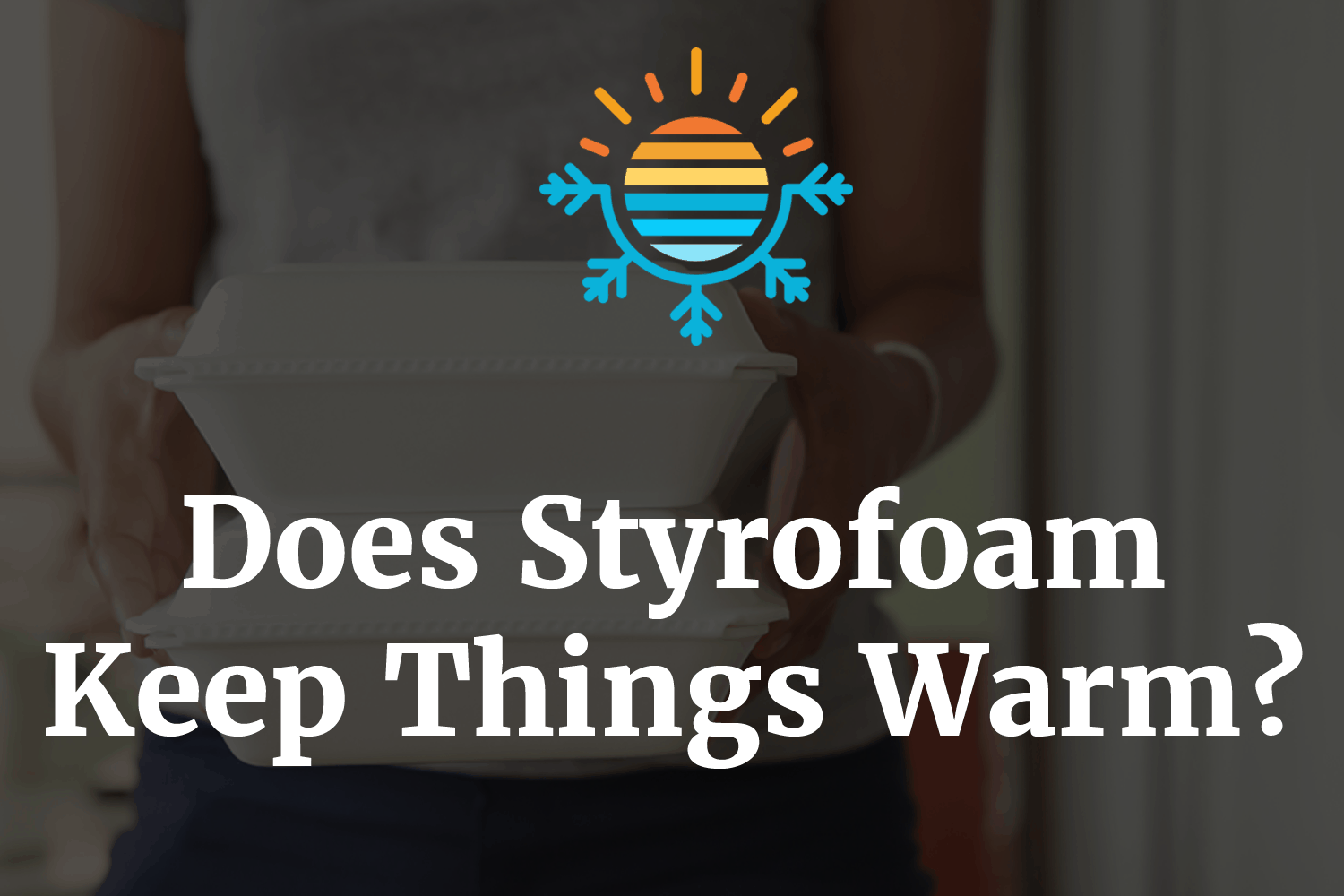 Just what is styrofoam?

Styrofoam is actually the trademarked term for the petroleum-based plastic foamed material known scientifically as polystyrene. It is manufactured by the Dow Chemical Company. Dow owned it since 1947 when it was patented after researchers in Dow’s Chemical Physics Lab found out how to make it, rediscovering a method first used by Swedish inventor Carl Georg Munters.

Styrofoam is very effective as an insulator, and so it is one of the most common plastics used in the making of plastic insulating materials.

Styrofoam is readily identifiable by its light blue color. So it is commonly called “Blue Board.”

Are there different types of styrofoam?

When people ask the question, “does Styrofoam keep things warm?”, they might not always be talking about the same Styrofoam. As you’ve seen above, Styrofoam is technically a trademarked term for material used in building. But there’s a mistake people make.

In many places in the world, colloquially, ‘styrofoam’ is a word that is just used casually to refer to another material that is white in color and also made of polystyrene foam–though not by the same process. It’s most commonly used in food containers and coffee cups and packaging to keep stuff like food or coffee warm. What’s happening here is a case of a trademark becoming generic.

That is a mistake. Because this material is completely different from the polystyrene used in proper Styrofoam insulation, even though this material often mistakenly referred to as ‘Styrofoam’ also does keep things warm.

While you’re reading this, a word to the wise: it would be most unwise to keep beverages in cups of the type of material that’s mistaken for “styrofoam.” Polystyrene, no matter, however much it helps to keep things warm, contains the substances Styrene and Benzene. 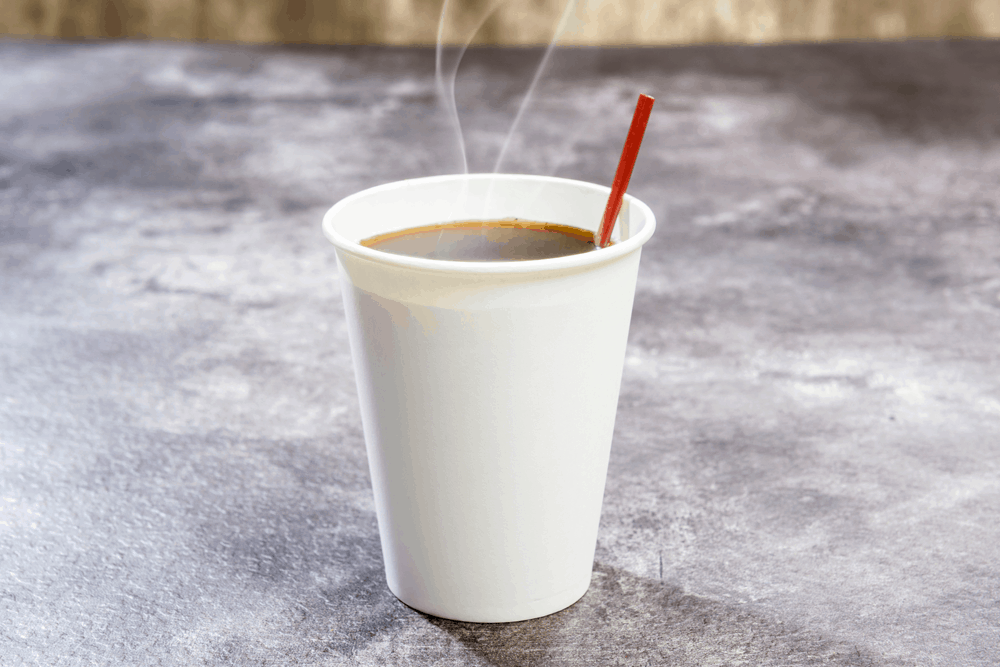 The hot foods and liquids people put in thinking such foam will keep them warm actually starts a partial breakdown of such foam. This causes the toxins present in them to get dissolved. When they are put to the lips, one absorbs the toxins into the bloodstream and tissue.

In any case, a thermos flask or container will capture heat by a margin much more than that by which such foam will keep things warm. While the ability of this kind of foam to keep things warm is in itself good, it absolutely pales in efficiency and effectiveness when faced by this rival. When there is a better alternative, wouldn’t it be a good idea to consider it apart from any other concern, anyway?

How does Styrofoam keep things warm?

Styrofoam is made mostly up of air: around 98%. Air is extremely bad at conduction, but good at convection.

For Styrofoam to “keep something warm,” then, means that the transfer of heat from the object to any other object outside or around it that is lower in temperature has got to be stopped. Then, by the property of energy remaining constant and not getting destroyed, the heat will stay “stored.” In a nutshell, that’s basically how the process of insulation works. 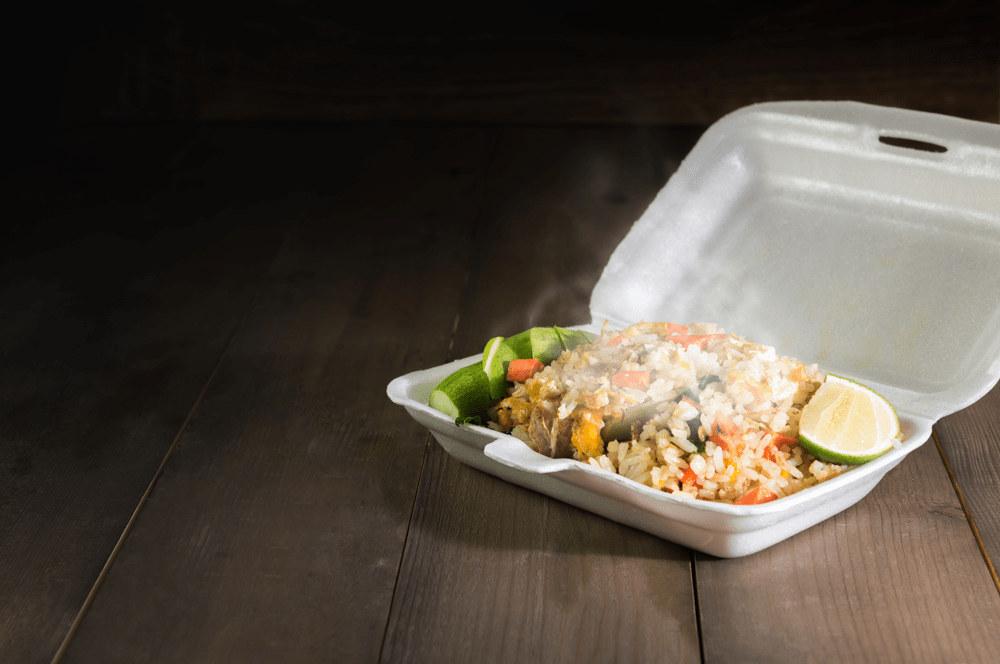 The ‘transfer of heat’ can happen through conduction or convection.

Conduction occurs when heat energy can escape away, flowing from a hot object to a colder one when the two of them are in contact with each other, physically touching each other. (How fast this happens depends on stuff like the temperature difference between the two objects, and a whole lot of other stuff.) As has been noted, air, which is the major constituent of Styrofoam, is not a good conductor.

Convection is heat transfer due to the bulk movement of molecules (molecules are the tiny things all matter is made up of). It happens when some of the molecules of the material flow from one place to another, and the heat energy is carried along in this process. But air is a good convector, right? So then how does Styrofoam insulate?

Well, the process by which Styrofoam is manufactured makes it trap air in small ‘pockets’ or ‘bubbles.’ This prevents air from being able to flow in any proper way. As a result, the heat transfer becomes negated to minimal because the low mass at any one fixed particular point can’t store much of an amount of heat. This effectively blocks the flow of heat energy via convection too.

Thus, both conduction and convection get taken out of the equation. As a result, Styrofoam is a good insulator. 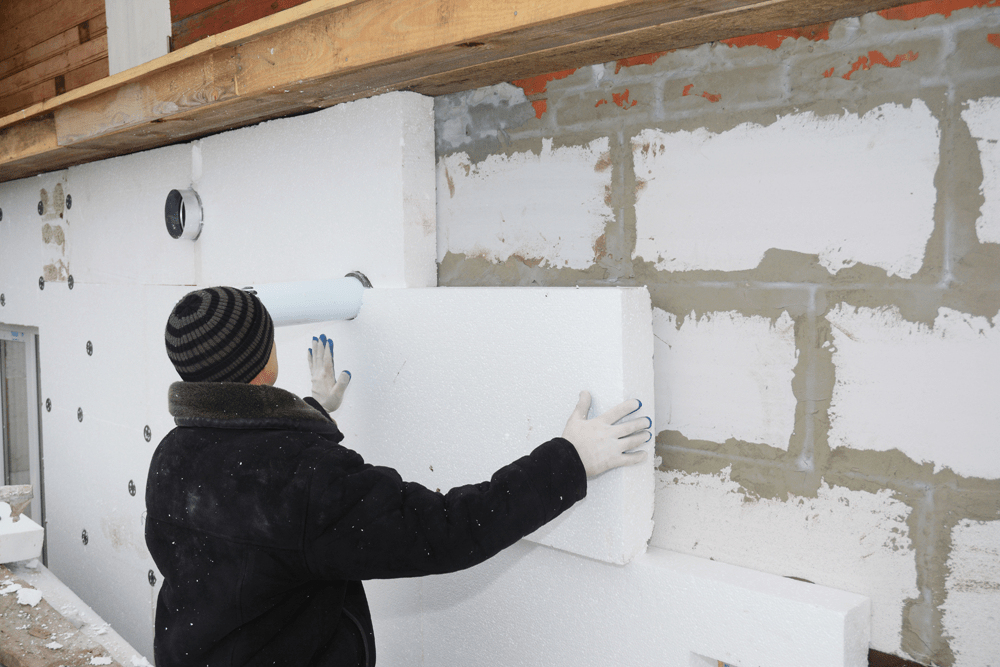 Styrofoam is typically placed in wall cavities in order to keep the insides of buildings warm. By trapping air and reducing the transfer of heat energy, it keeps the necessary heat inside the building. If, on the other hand, the material used in the building in these constructions had been metal, that would have been a bad idea. This is because metals usually allow heat energy to flow through them, and are thus bad “insulators.”

Other major applications of the property of Styrofoam to keep things warm include:

In sum then, Styrofoam does keep things warm because:

So now you know what Styrofoam is, and how it does what it does in keeping things warm. Crucially, hopefully, you’ve also learned now about the common mistake people make about the particular Styrofoam one is talking about when discussing the question “Does Styrofoam keep things warm?” and about the harmful effects that that other warm-keeping foam can have.