If you’ve ever seen a Dyson fan, you are bound to have been struck by its futuristic-looking bladeless design. And while your first consumer instinct wanted you to buy this cool looking fan, the price tag probably discouraged you. It made you wonder whether the Dyson fan’s performance would match its price.

A dyson fan won’t actually cool the air. Fans make you feel cool by causing the sweat on your body to evaporate faster. The evaporation of sweat is what makes you feel cool, and Dyson fans are excellent for that. But they don’t lower the temperature of the air like an air conditioner would.

In this article, we will explore this subject in greater detail. We will look at how a Dyson fan works and also look into whether it would make a good long-term investment. By the end, you should be able to make a sound decision whether you want to get one. 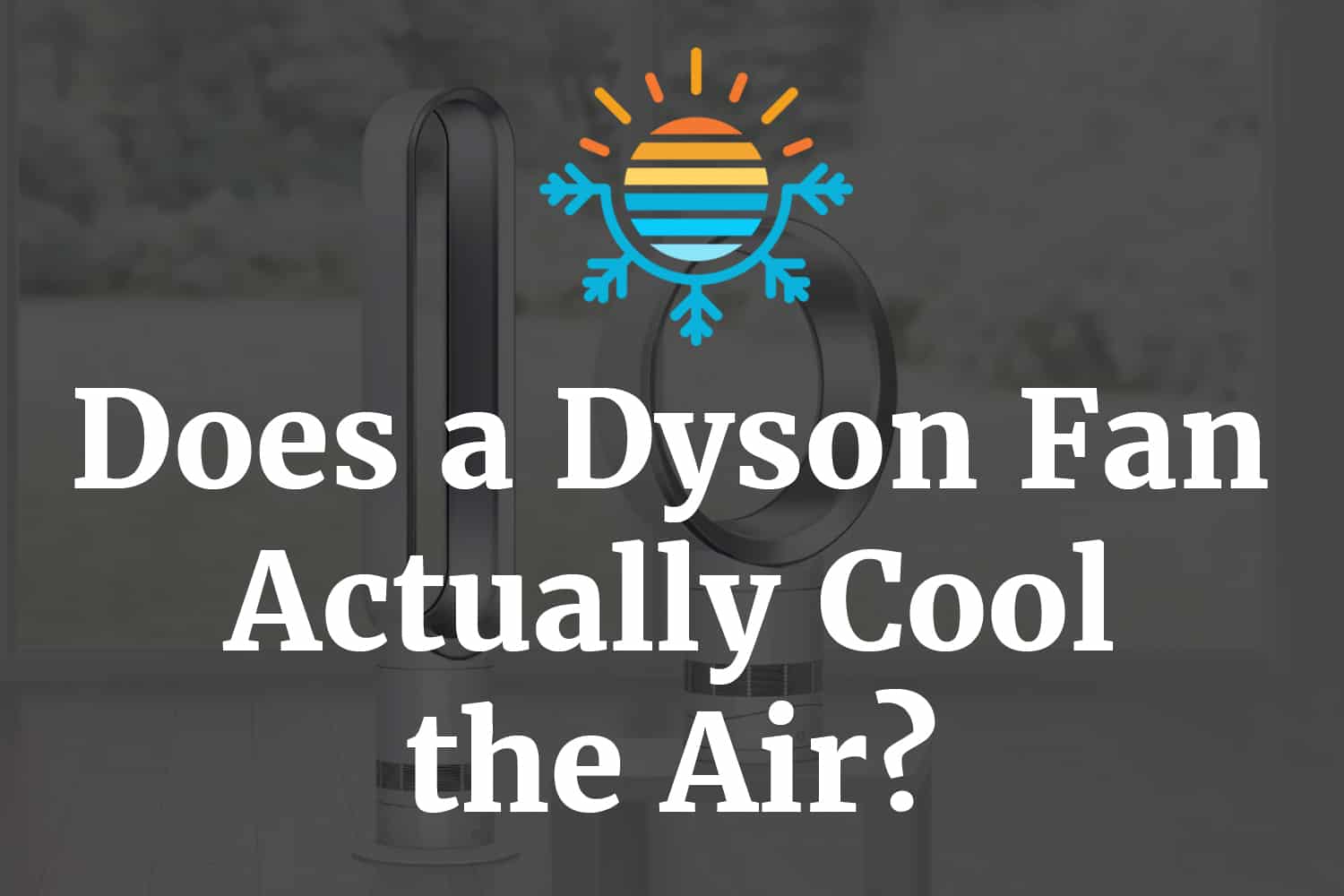 How well does a Dyson fan perform?

Simply put, Dyson fans perform just as well as regular fans. Now that may not sound like a good pitch for a device that costs many times more, but it is an accurate description of a Dyson fan’s performance. From the beginning, the biggest draw of these fans has been their unique bladeless design.

Dyson fans come in three different types (Desk, Tower, and Pedestal) and numerous models. While most are designed for cooling, some like the Dyson AM09 and the Dyson HP02 have both a cooling and a heating mode.

Some of the more expensive models also come with a built-in air treatment system, acting as a purifier and aiding with your asthma and allergies. The company claims that its air purifiers are able to catch pollutants as tiny as 0.3 microns and remove up to 99.97% of allergens from the air. 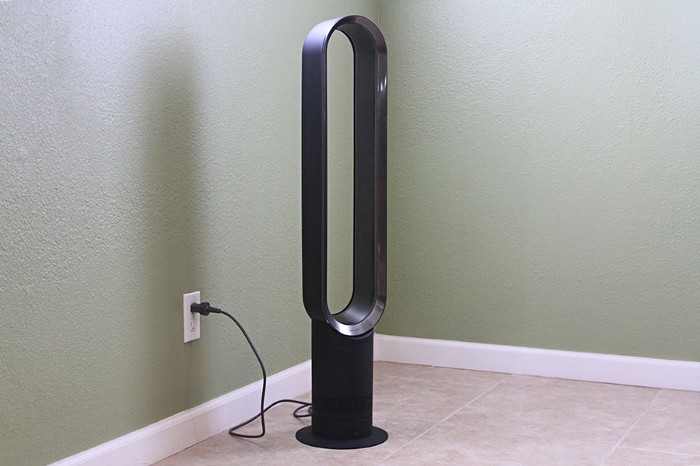 As a consumer, there are a couple of things you need to be mindful of here. If all you want is a quick fix for the heat of the summer, you don’t have to get a Dyson fan. While these devices do a pretty good job keeping you cool, they don’t necessarily do it any better than regular fans would, one that comes at a fraction of the price.

Another thing worth exploring when you’re discussing any fan is the noise it produces. Most fans produce a lot of annoying noise, especially at higher settings—the creators of this fan claim that it is quieter than your typical fan. And at the lower settings, the Dyson fan is pretty much silent, but as you speed it up, it gets louder. At its loudest, it is still quieter than your average fan, but it is by no means silent. 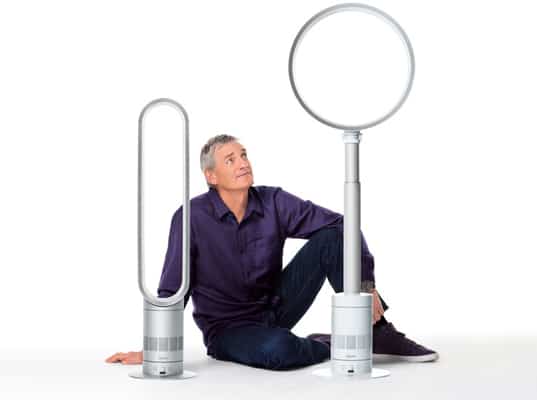 Dyson fans, however, aren’t just “cool looking” gizmos. Other than their range of “cool” features like WiFi connectivity, air filtration/purification, etc., they also come with a much sturdier build quality than regular fans do. So a Dyson fan will probably last you much longer.

Also, as we’ll discuss in a later section, Dyson fans also consume less electricity than a regular fan does. But just how expensive are they? Let’s briefly look into that in the following section.

In contrast, how much does a regular fan cost? A decent one will be yours for as little as $50. So, if all you’re looking to invest in is a quick cooling fix, this is definitely worth considering. Despite all its features and qualities, Dyson fans still sell mostly for their “cool” look.

How does a Dyson fan work?

By this point, a lot of readers will be wondering how exactly it is that a fan with no blades actually works. After all, that is the very first thing that draws a lot of people to a Dyson fan. Is the futuristic look just a cool looking gimmick, or does it actually serve a purpose?

Credit where it’s due: Dyson has really created an innovative design with their air coolers. According to the company, their Air Multipliers do a much better job of keeping you cool, thanks to the steady flow of air that the bladeless technology makes possible. So how exactly does this technology work?

Calling a “Dyson fan” a fan may seem like a misnomer given the apparent lack of blades. The company actually markets these devices as “Air Multipliers,” but the blades do exist. Only, they’re hidden inside. These blades are aligned asymmetrically, and when they are rotated by a motor, as much as 20 liters (more than 5 gallons) of air gets sucked in.

After the air is collected, it is passed upwards towards the hollow tube at the top of the device. Air flows through and around this tube and eventually flows out from the front of the fan. The air, counter-intuitively, doesn’t come out in the shape of a cylinder. Rather, the laws of physics come into play. Two different phenomena, known as inducement (and entrainment, are the results of the surrounding air being pulled as well along with the stream of air leaving the front of the fan.

The company claims that this technology allows its fans to multiply the amount of air taken in by the motor almost 15 times when it comes out of the front. Hence the name, air multiplier.

The Dyson fan is also able to produce a more streamlined current of air, compared to that produced by a fan. This is due to the lack of blades, which would normally release air in short bursts.

In its cooling mode, the HP04 consumes between 36 to 44 watts (from low to high settings). Compare this with the 35-70 watts from your typical fan. No, suppose you leave both a Dyson HP04 and the regular fan at high settings for a week. The HP04 would consume seven units of electricity vs. the 11.7 units by the regular fan. This difference is minuscule compared to the price difference between these two devices. 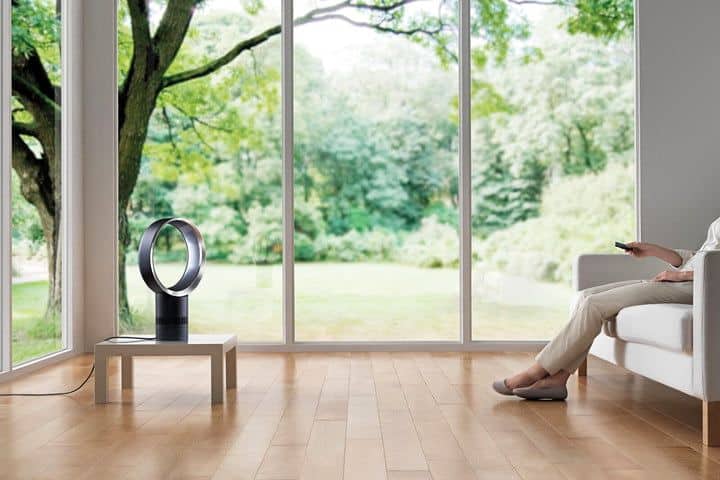 But over the long run, these differences could add up, especially if you also start considering the air purifier feature that the Dyson fan promises. And if you consider the sturdier build, all the other additional features, the cheaper models, and the undeniably cool design, a Dyson fan actually starts to look like a good investment.

Dyson fans are undoubtedly the coolest looking fans in the market. But they will cost you a pretty penny, prompting you to question if they’re even worth buying.

In terms of their cooling ability, Dyson fans work just as well as regular fans. They do, however, come with a lot more additional features, and they consume a lot less electricity. The creators, Dyson, claim that their fans make a lot less noise compared to traditional fans, but there are cheaper fans in the market that are quieter. If you’ve cash to spare, a Dyson fan would probably make a good long-term investment.