Appliance fires cause serious worry for homeowners, as one accident could easily cause a quick-spreading fire that causes major damage, including burns, suffocation, and death. But many are unaware which appliances do pose this risk. For example, is a freezer a fire hazard? Or is the cold enough to prevent the start and spread of a fire?

Freezers can catch on fire despite their cold internal temperatures because they use electricity, and appliances that use electricity carry a risk of starting a fire. Wires and connectors can become loose and overheat, then making contact with the insulation materials—causing them to catch fire.

These fires can be big and spread quickly, and so it’s best to understand what causes them, and what you can do to prevent a fire from happening, and from being too catastrophic if it does happen. This article will discuss these topics, as well as suggest good and bad freezer models. 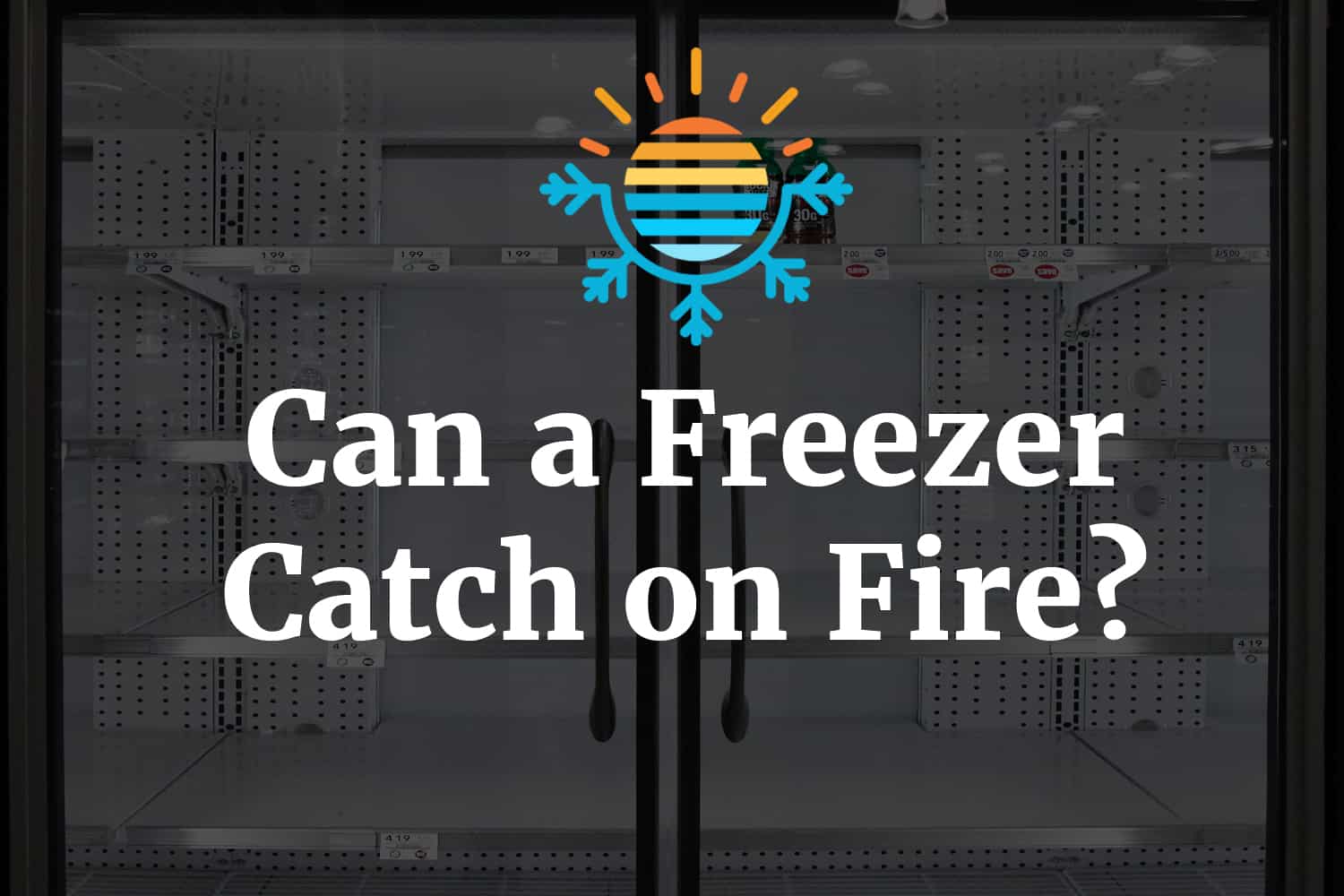 Can a Freezer catch on fire

How Can a Freezer Catch on Fire?

Freezers run continuously, meaning that they are constantly pulling an electric current through their wiring. This increases the chance that an electricity-related accident will happen at some point, simply because these wires are active all the time.

Additionally, freezers are more complicated than they used to be, and newer designs include more points at which something could go wrong. New freezer compressors have many components, each carrying a risk of malfunction.

Plastics also act as a fuel for fires, and the more plastic a freezer or other appliance has, the more a fire can grow once it’s started. Plastic-backing is especially dangerous because it fails to contain the fire in the same way that a solid metal or aluminum laminate backing would.

A freezer fire can also start if the inside lightbulb malfunctions by staying on when the door is closed. The bulb overheats after a time, and the wiring inside can catch fire.

Household appliances caused 150,000 residential fires a year between 2006 and 2008 in the United States alone and can cause major damage. Only half of these fires can be blamed on mistakes like leaving cooking unattended or on storms’ interference. The rest are caused by problems in the design or construction of the appliances.

The famous Grenfell Tower fire in London, which set the entire high rise apartment complex ablaze and killed 79 people, was caused by a malfunctioning refrigerator-freezer unit. (Five of these people killed were at first unidentified, leading to some reports that 72 had died).

The wires were not as tightly crimped as they should have been, and the crimp itself was the first piece to glow hot enough to start and spread a fire.

Whirlpool, a producer of Hotpoint fridge-freezers, said the model itself had no evidence of any fault, complied with safety requirements, and did not need to be recalled. However, many appliances, including freezers, have been recalled over the years due to their design problems, not just in the construction of individual units.

Recalls of High-Risk Appliances, Including Upright and Chest Freezers

Over 15 million appliance units were recalled between 2007 and 2012, all for defects that could result in a fire. Almost half of these appliances were dishwashers, and many were freezers or refrigerators (both continuously running appliances).

For example, in 2010, Haier America recalled a model of Black & Decker chest freezers was recalled, impacting 67,500 customers after 18 incidents proved that a piece of the electrical makeup could overheat and cause fires even when put together correctly. In this case, no one was hurt, but many had to call the company for a free repair in order to stay safe. 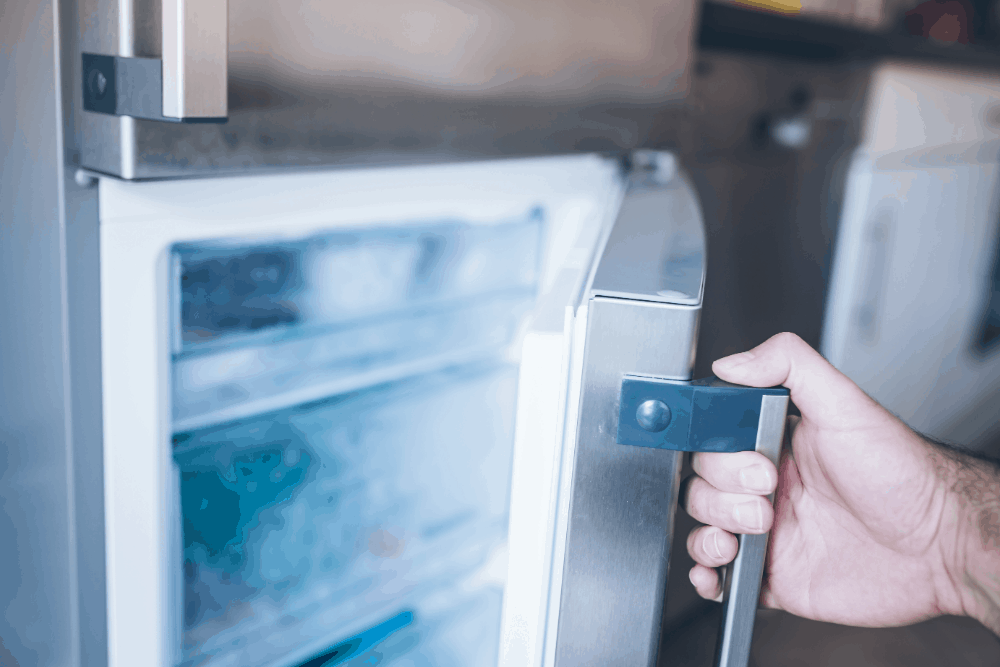 Other freezers recalled due to safety concerns include the following models:

Consumers can and should register their new appliances with the companies they’re purchasing from, either through a registration card included with the purchase or through the company website or phone line. By giving the company your contact information and information about the model you purchased, you can be sure that you will be contacted in a recall.

Consumer Safety Standards for Freezers and Other Appliances

Safety standards for appliances in the United States are mostly voluntary, pushed by groups of consumers, producers, retailers, suppliers, and aided by government agencies. But there are few strict regulations for freezers and other appliances.

However, freezers sold in the United States are required to have a metallic steel backing, which dramatically reduces the risk that a freezer fire will widely spread if it does happen. Plastic backings are allowed in European models, which means much higher fire risk. 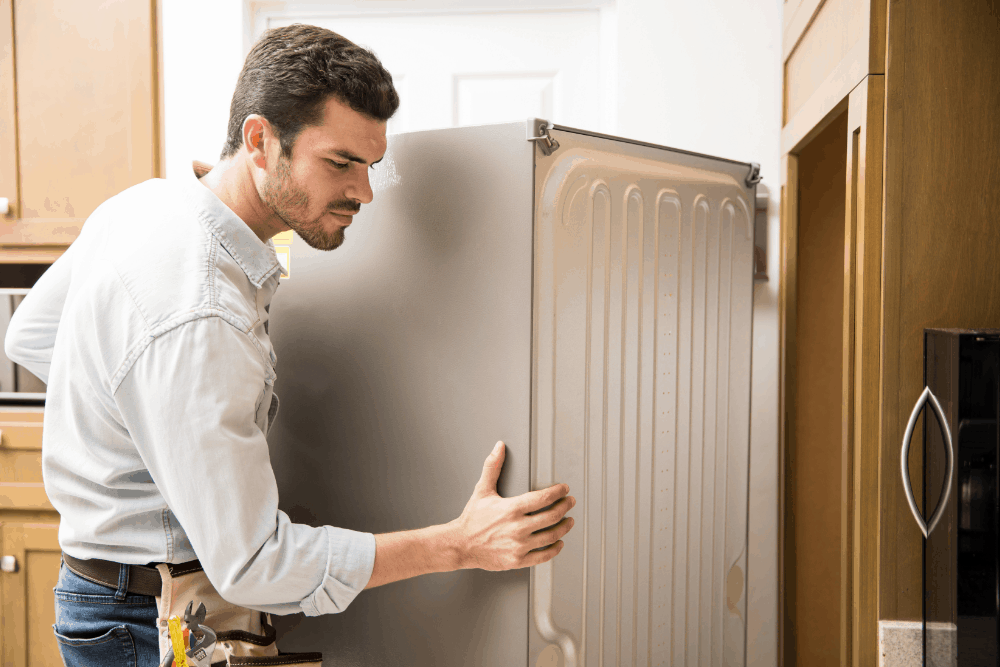 Which? Magazine named 250 unsafe fridges and freezers in the U.K., including many very popular brands that are widely used. They demanded that retailers stop selling fridges and freezers made with a plastic backing, which were found on almost half of these models. Popular manufacturers on this list include Whirlpool, Hoover, and Ikea.

The Consumer Product Safety Commission (CPSC) provides training for suppliers and producers creating appliances and other products that will be sold in the United States guided by both mandatory and voluntary standards, and has final authority on recalls in the United States.

Protecting Yourself from Freezer Fires and Other Appliance-Related Accidents

You can do many things to protect yourself and others from fires caused by freezers and other appliances:

Although freezer fires do happen and can lead to major events, preventing these from happening can be as simple as keeping up to date on product recalls and practicing basic fire safety at home.

Sharing information about any freezer fires or other problems you have with appliances can help other consumers stay safe as well, and can be done easily by reporting any problems to SaferProducts.gov at [email protected]