When women want to look more attractive, curling their hair is often the first thing they do. However, styling tools like curling irons can reach high temperatures of approximately 250°C (475°F) and take close to 40 minutes to cool down. Therefore, they can most likely start a fire, right?

A curling iron can start a fire as it reaches hotter temperatures than a deep fat-fryer. If unattended, it can cause a fire, especially if it’s near flammable materials. Although non-commercial curling irons have an automatic shut off feature, it doesn’t guarantee the prevention of starting a fire.

The rest of this article will explain in detail other topics related to this question, including how curling iron works, how it can cause fire, and how to use it safely. 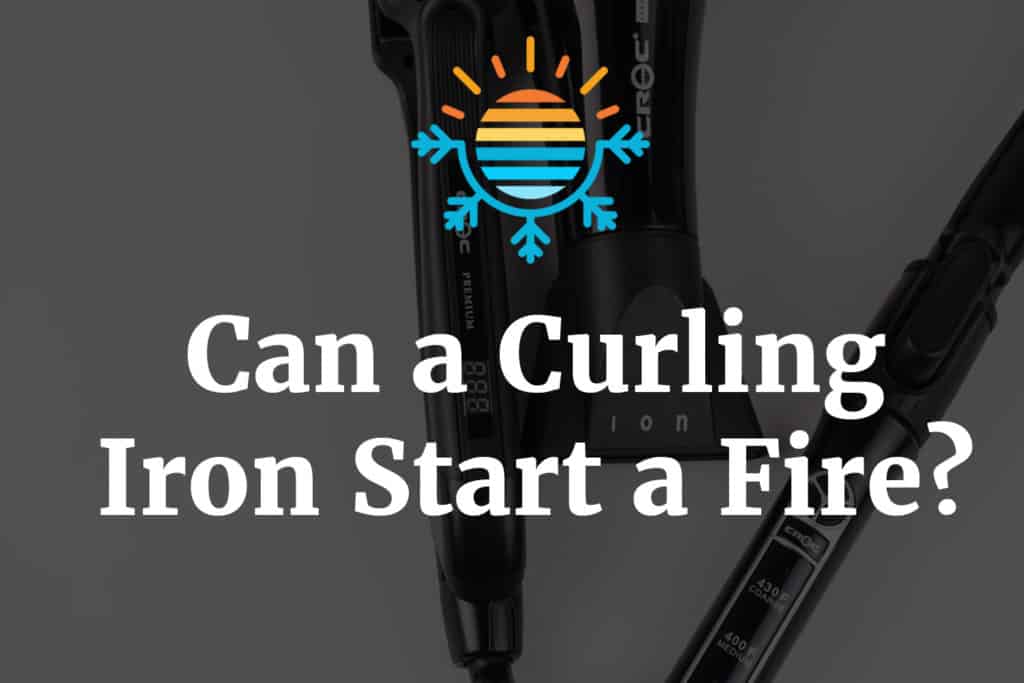 Curling irons existed even before Benjamin Franklin invented electricity. In the past, humans curled their hair using tongs that were first heated in a fire. But, this was dangerous as it singed hair and burnt scalps. The modern electric curling iron was invented in 1959, and as time went by, major improvements were made.

The modern curling iron has three parts that work together to give you beautiful curls. These key parts include:

How Does a Curling Iron Work?

A curling iron is a round roller with a plastic handle, and it uses heat to change the construction of hair. These curlers have an electrical resistor that is positioned inside them to generate heat. Like many electrical items, curling irons have a circuit board that holds the electronic components like capacitors and resistors.

Curling irons have heat transfer elements that help conduct heat from the resistors. They are also fitted with a heat-sink that surrounds the resistor and carries heat to the curling iron’s wall. Once the curler heats up, you can now wrap your hair around the roller and leave it for a few seconds or minutes, depending on your style preference.

Do Curling Irons Cause Home Fires?

Curling irons are among the last items most people use before they leave their homes. While you may not think of your curling iron as a tool of destruction, you’ll think otherwise after reading the Electric Forensic report by Dr. Ray Franco.

According to Dr. Franco, most curling irons have high temperatures ranging between 150°C (300°F) and 230°C (450°F). What’s more, some brands like the Belson & Gold ‘N Hot reach temperatures of up to 300°C (600°F). With such high temperatures, you risk much more than burning marks on your countertop. Your curling iron could burn down your home. 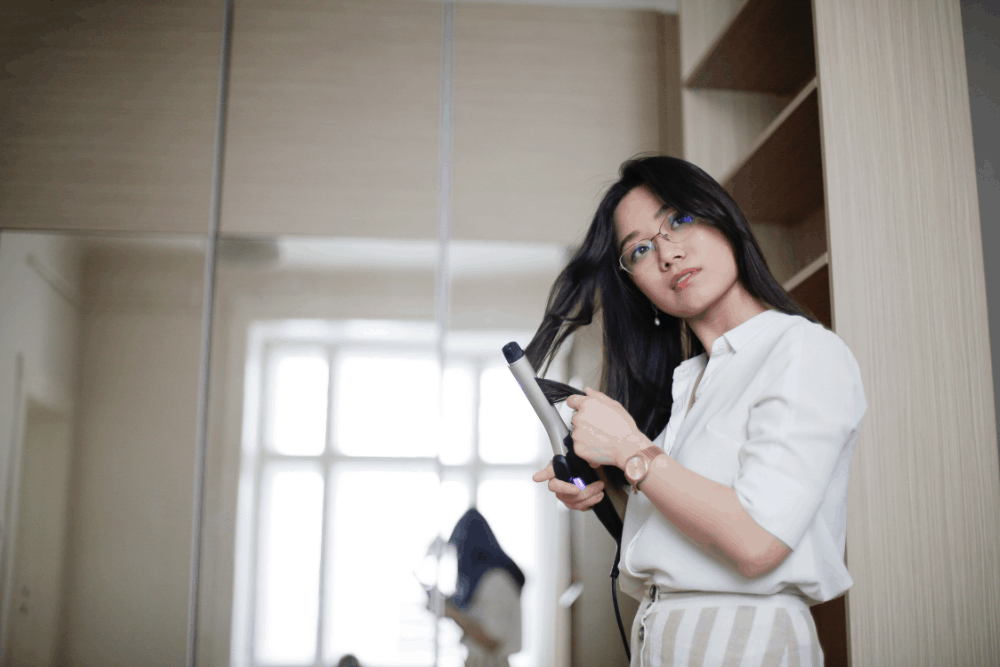 According to a report by the U.S. Consumer Protection Safety Commission (CPSC), curling irons and hair dryers caused approximately 234,000 fires between 2004 and 2005. For this reason, it’s important that you know how hot your curling iron can get when you set it to maximum heat, and whether your curling iron has been tested to ensure that the heat settings indicated on the datasheet are correct.

How Can You Protect Your Home From Curling Iron Fires?

As we previously noted, curling iron can cause house fires. This is why you should do everything possible to protect your home. To do this, you should take some proactive measures.

The first thing you should do to protect your home from curling iron fires is to ensure that your curling iron is good and up to code. You don’t want to plug in a curling iron that is faulty and risk blowing out your wiring. Also, remember to check the cords for fraying and exposed wires frequently.

Thirdly, clean your curling iron. You wash your hair regularly, but do you remember to clean your styling tools? Cleaning your hair tools doesn’t take much time, but it is worth the effort. Clean hair tools are efficient and have an extended usable lifetime. On the other hand, dirty styling tools can pose a safety hazard – they can overheat, cause hair damage, or even fire. Here’s a video explaining how to clean and maintain your curling iron:

Fourthly, while it’s vital never to leave your curling iron unattended, it’s equally important that you be careful when using chemicals like hairsprays and fingernail polish removers around your curling iron. Because they’re highly flammable, they can easily cause a fire.

Because you use your curling iron near the closet, if you happen to leave for work without attending to your curling iron, the countertops may catch fire, which may spread to your closet and entire house in a matter of minutes. To be on the safe side, always lay a heat-protective pad beneath your curling iron. This will not only prevent a house fire but also protect your countertops from permanent burn marks.

A curling iron is an electric hair styling device used in most households in the U.S. However, because these electric devices can reach high temperatures of up to 300°C (600°F), they can cause house fires, especially if left unattended.

Not all curling irons are created equal. Some have an automatic shut-off, which switches the curling iron off when it’s not moved after some time. However, even with this feature, would you trust a shut-off switch? Remember, while it may seem easy to prevent fires caused by curling irons, several cases are reported every year.

To protect your home from potential damage, you may want to use a protective pad beneath your styling tool. Some protective pads even have alerts that will remind you to unplug your curling iron when you finish curling your hair. However, because electric devices can sometimes fail, you must always be attentive when curling your hair.